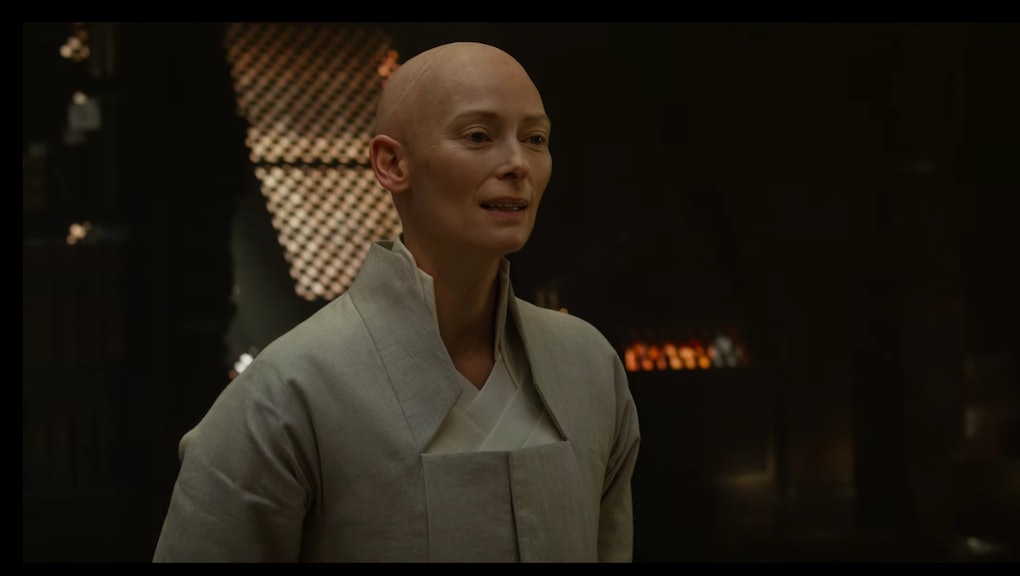 Hollywood has been put to task lately for its controversial casting of white actors to play traditionally Asian roles. Namely, the casting of Tilda Swinton to play the Ancient One in Marvel's Doctor Strange has been met with backlash, as the comic book iteration of the Ancient One was an Asian male.

While Swinton has denied that the character is explicitly Asian, one of the writers for the film, C. Robert Cargill, said the casting was a "cultural landmine," and a no-win scenario. Essentially, he said the team would have had to choose between casting a white actor — which they did — or potentially casting a Chinese actor for a Tibetan character based on the comic books' canon, which would also be mired in controversy and alienate one of the industry's biggest markets.

"There is no other character in Marvel history that is such a cultural landmine, that is absolutely unwinnable," Cargill said, in an interview with the Double Toasted podcast. "The Ancient One was a racist stereotype who comes from a region of the world that is in a very weird political place. He originates from Tibet, so if you acknowledge that Tibet is a place and that he's Tibetan, you risk alienating 1 billion people who think that that's bullshit and risk the Chinese government going, 'Hey, you know one of the biggest film-watching countries in the world? We're not going to show your movie because you decided to get political.'"

Though Marvel was thrown into a difficult scenario with Doctor Strange, it wasn't the Catch-22 that Cargill construed. Removing the Ancient One's connection to Tibet and China with Swinton's casting appears to have been one way to avoid controversy, especially when the character was so offensively portrayed in the initial comics. They could have followed what Iron Man 3 did with the similarly offensive Mandarin — changing the backstory to being a non-Asian character — only better. Of course, casting a non-Asian for a role traditionally filled by an Asian character (despite how stereotypically offensive the Ancient One may be), comes with its own pitfalls.

In any case, the Ancient One is an integral part of Doctor Strange's (Benedict Cumberbatch) story — the Morpheus to his Neo if you will, given the tonal similarities — and needed to be included. Marvel should have done a better job than another instance of Hollywood whitewashing, but given that the film has already wrapped up production and is set for release in November, it's a huge, unavoidable mark on their latest superhero venture.

Check out the full discussion with Cargill on Double Toasted below.