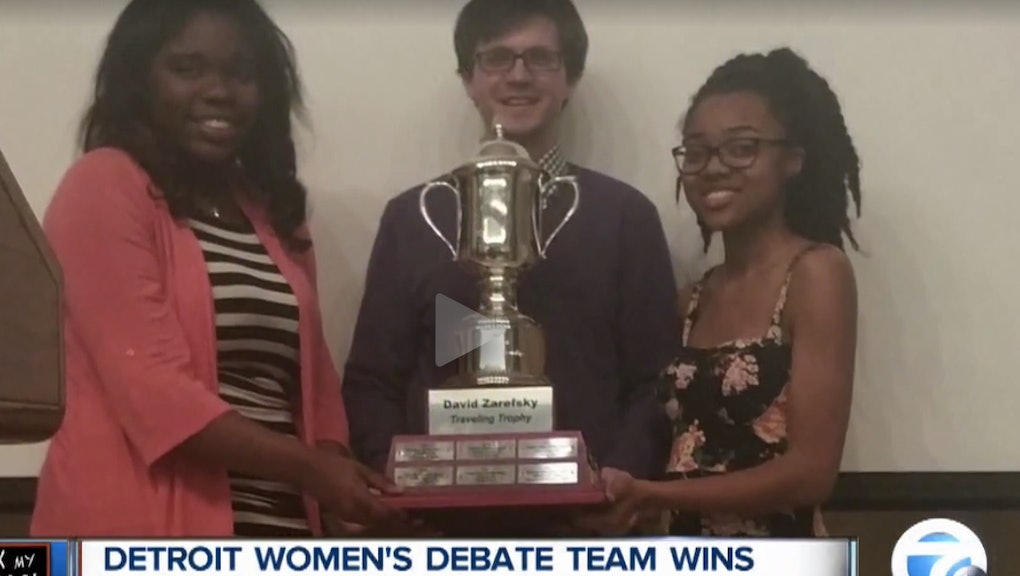 "We were the first black women to ever actually win the tournament," Morrison told WXYZ Detroit. However, the competition made the two students realize that debate is an activity dominated by men, and it is an expensive venture.

The costs of running a debate program can cost up to $25,000 annually, so the school asks for donations from the community to support the debate team.

The Urban Debate League seeks to give students from urban schools the same opportunities that are afforded to wealthier, suburban schools that have established debate programs.

The two young women, who attend University Prep Academy in Detroit, are taking advantage of these opportunities.

"We embraced the struggle and know that the struggle is what is going to make us strong enough to endure anything that comes with this activity," Morrison told WXYZ Detroit.

The two debate champions aren't finished. They will be heading to the University of Kentucky to participate in the "Super Bowl" of debates, debate team coach Sharon Hopkins told WXYZ Detroit.

If they finish first at the national high school debate competition in Lexington, Kentucky, they will become the first African-American women to win the Tournament of Champions, which begins April 30.