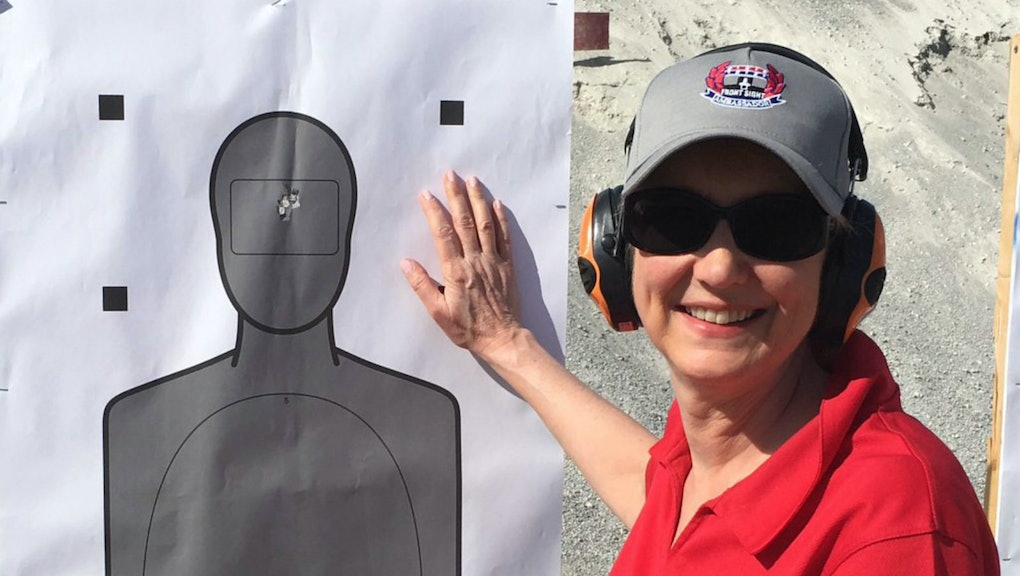 Anita Staver, the leader of anti-LGBT group Liberty Counsel, confessed Friday on Twitter that she will pack a pistol with her when she goes into a Target restroom, in case she meets a trans woman.

Staver's tweet came the same week that retail giant Target announced that it would allow employees and customers to use the bathroom that matches their gender identity.

"I'm taking a Glock .45 to the ladies room. It identifies as my bodyguard. #BoycottTarget @Target," she wrote Friday afternoon.

Liberty Counsel, run by Staver and her husband, has a hand in drafting many of the anti-LGBT bills currently popping up in places like North Carolina and Mississippi.

Staver's husband has gone on record saying that non-discrimination laws will "put individuals at risk and ultimately result in significant damage and even death of some individuals." He said this despite zero recorded instances of a transgender person ever assaulting someone in a bathroom.

Hearing that Staver plans to bring a gun into the bathroom probably doesn't help matters much. Luckily, a chorus of opposition is growing against North Carolina's HB2 law, which requires people to use the bathroom that matches the gender assigned to them at birth, not their gender identity. Corporate giant Paypal, NAACP leaders, trans activists, rock stars and regular ole dads have all spoken out against the law.