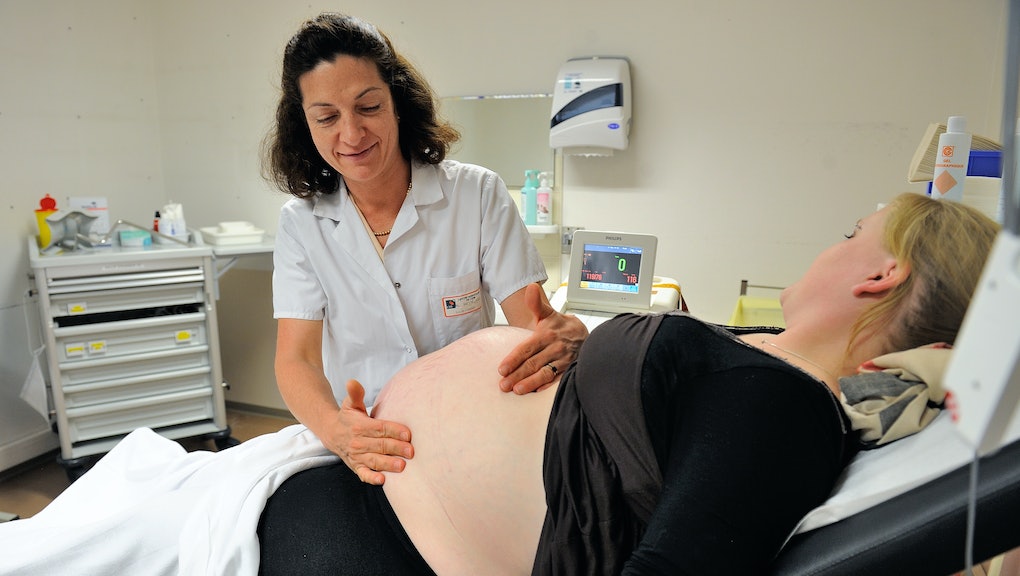 Women in Male-Dominated Workplaces Have a Harder Time Getting Pregnant, Research Shows

Apple and Facebook will give their employees up to $20,000 in benefits to help them pay for infertility treatments. Facebook, Amazon.com, Netflix, Microsoft and Adobe announced upgraded parental leave policies last year. And yet a data report from FertilityIQ reveals that women working in traditionally male-dominated fields like engineering and investment banking find their work environments to be "a hindrance" to infertility treatment — these women are 60% less likely to have success with their fertility treatments.

Women in male-dominated fields who are trying to conceive feel like they are leading double lives. FertilityIQ co-founder Jake Anderson said in a phone call that female engineers trying to get pregnant reported being "highly nervous" that colleagues would suspect something was up — they maintained a separate calendar and kept that aspect of their life completely removed from the workplace.

Women who are surrounded by fewer women at work develop lower chances of IVF success because they feel "more on-an-island" — they aren't surrounded by bosses, colleagues and direct-reports who "get it." FertilityIQ founders couldn't disclose specific company names, but they did reveal that they are "big brand-name companies."

"It's a long, expensive, emotional process," Anderson said, one that requires a high level of sensitivity. While these finance and STEM companies compensate employees for fertility treatments, women reportedly don't feel like they have an open and honest community around them to give them the strength and time needed for the treatment, Anderson said.

When FertilityIQ contrasted these women's fertility success data with teachers' data, it was like "night and day," Anderson said. Even though teachers aren't compensated for these treatments, they report higher success rates due to a more understanding and encouraging environment:

"Colleagues are happy to talk openly about their fertility experiences, are able to offer suggestions for better doctors and teachers can use the summer months to undergo multiple cycles of treatment," the data survey reported.

Discussing pregnancy is still off limits. "I think it's a taboo topic especially in places where you are and you might be the only woman who is working in that company or working at that level of seniority that you're at," co-founder Deborah Anderson-Bialis said in a phone call. "These people are hesitant to out themselves as being pregnant or trying to get pregnant." She said that in some ways things are getting better, thanks to increased dialogue around parental leave and work-life balance, but that these initiatives tend to focus on what happens after someone is pregnant — not on the time when someone is trying to get pregnant.

The fertility benefit packages are used for employee recruitment and retention — Anderson-Bialis said that this reflects that these companies are trying but aren't quite there yet in terms of "fostering an environment for people who want to start families."

"Teachers felt their colleagues and superiors supported that they wanted to start a family," she said. "That's a desire you can't be as open about in Silicon Valley or in finance."

"That's a desire you can't be as open about in Silicon Valley or in finance."

It's not a small issue. "About 12% of women 15-44 years of age the United States have difficulty getting pregnant or carrying a pregnancy to term," according to the Centers for Disease Control and Prevention. This means that about one in eight women struggles with infertility, making it important to create a positive work culture for women trying to get pregnant.

"Silicon Valley companies are trying, but they are a work in progress, and probably even most perfectly-run businesses struggle to create a reassuring culture for women trying to conceive," Anderson said.