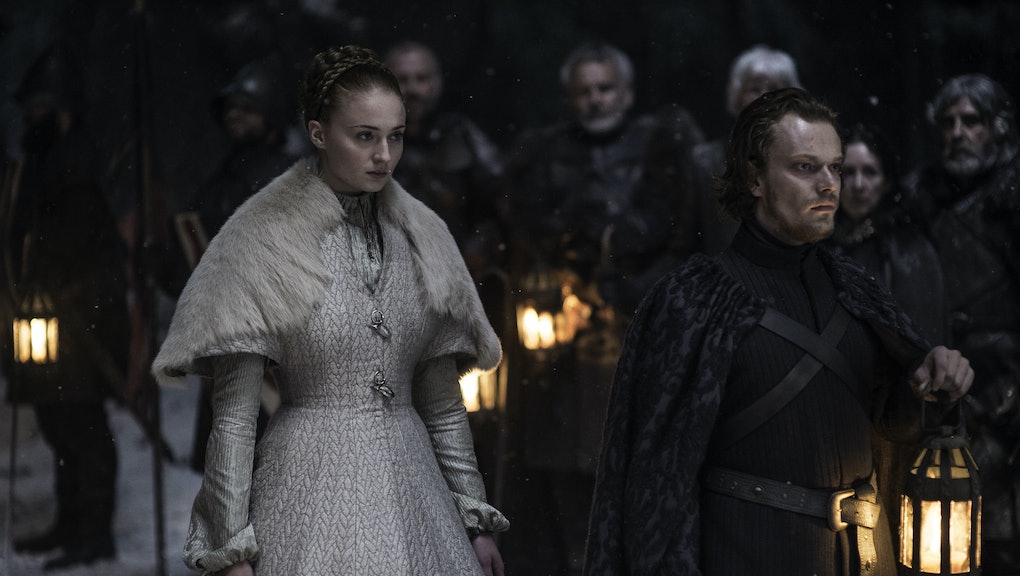 While Sunday's season premiere of Game of Thrones was met with resounding excitement from fans, not everyone is excited to see the show return to the airwaves. On Monday, the National Center on Sexual Exploitation denounced HBO's most popular series — pointing to its depictions of sexual violence as a way of turning this violence into "mainstream entertainment" — as part of their "Shame of Thrones" campaign.

"HBO's Game of Thrones is brimming with pornographic sex scenes, awash in misogynistic dialogue and bloated with depictions of sexual violence and torture so savage as to be unrivaled in television history," the organization said in a statement. "In [Game of Thrones], HBO has given a stage to an amalgam of pornography, rape, prostitution, child abuse, sexual violence, sexual paraphilias and wholesale carnage that succeeds in bringing the ambiance of torture pornography to the American living room."

Certainly, the show is no stranger to controversy with its oft-repeated, gratuitous sexual violence. The most recent example came in season five, which features a scene depicting Sansa Stark (Sophie Turner) being raped on her wedding night, much to the ire of many of its viewers. It has also unnecessarily construed consensual scenes from the book as nonconsensual, such as between Khal Drogo (Jason Momoa) and Daenerys (Emilia Clarke) on their own wedding night, and between Cersei (Lena Headey) and Jaime Lannister (Nikolaj Coster-Waldau) at their son's funeral.

"It's hard to shake the idea that Game of Thrones, the show, doesn't see a problem with pushing a scene from complicated, consensual sex to outright rape," Sonia Saraiya wrote for the A.V. Club. "It would be easier to accept that idea if it were clear what the show was trying to do with those changes."

The NCOSE has condemned the series in the past, placing HBO on its 2016 Dirty Dozen list — in which they label the most egregious organizations that contribute to sexual exploitation each year — and pointing to Game of Thrones as one of the network's biggest offenders.

Founded in 1962, the NOCSE is the "leading national organization addressing the public health crisis of pornography and exposing the links between all forms of sexual exploitation."

You can watch the full live conference denouncing Game of Thrones from the NCOSE below:

Read more: 'Game of Thrones' Will No Longer Follow the Books, So It Must Curb Its Sexual Violence