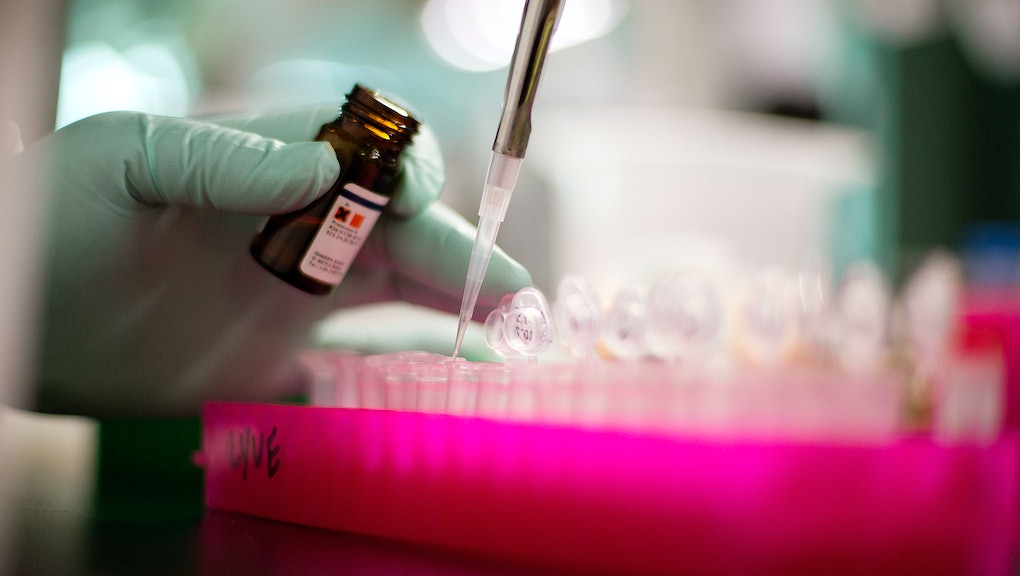 Stomach Bacteria Could Actually Be Used to Treat Anxiety, According to Mouse Poop

According to new research sponsored by the Office of Naval Research, the key to treating conditions like anxiety and PTSD could actually be hiding in our intestines. Researchers tested their theory about the relationship between mood and gut bacteria on mice. First, they took a group of mice and stressed them out by introducing them to "larger, more aggressive" mice.

When they examined the "fecal samples" — aka mouse poop — of the anxious mice and compared them to calmer test subjects who hadn't had the same scary experiences, they found some major differences.

Read: Here's How an Anxiety Disorder Is Different From Everyday Anxiety

"What we found was an imbalance in the gut microbiota of the stressed mice," Paul Forsythe of the Brain-Body Institute at McMaster University in Ontario, Canada, said in an announcement released Monday. "There was less diversity in the types of bacteria present. The gut and bowels are a very complex ecology. The less diversity, the greater disruption to the body."

The anxious mice had less diversity of bacteria in their poo — so the researchers decided to give some of the bacteria they found in the calm mice to the stressed out ones.

"Not only did the behavior of the mice improve dramatically with the probiotic treatment, but it continued to get better for several weeks afterward," the Brain-Body Institute's John Bienenstock said.

Basically, the bacteria from the calm mice may have helped treat anxiety in the stressed-out mice. Bienenstock and Forsythe plan to continue their work and eventually test out the effect of probiotics on human brains — and their research could have major implications for the way we treat, or even prevent, conditions like anxiety and PTSD.