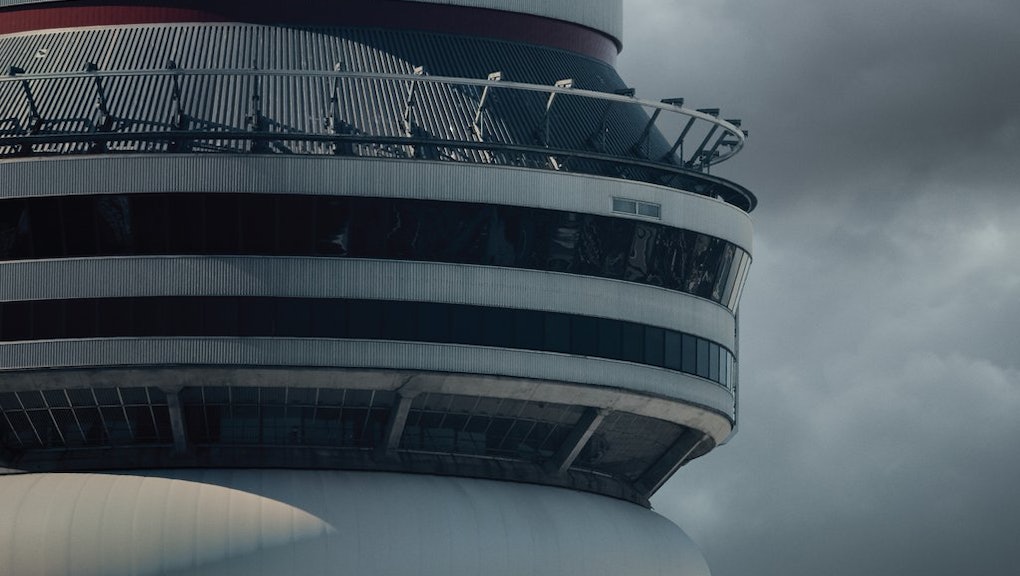 Drake finally shared the album art for his long-awaited Views from the 6 via his Twitter on Sunday.

It depicted the rapper looking down onto Toronto from his hometown's ultimate vista: the top of the 1,815-foot CN Tower.

As the internet does with everything even remotely Drake-related, fans had a field day meming the hell out of it for likes.

But when faced with this prime example of Drake-ian melodrama, some fans took a more calculating approach to picking it apart.

Instead of putting the cover through the ringer of another edit, user @spoker_ looked closely at the photo itself. He thinks it's as fake as every other meme around.

"Multiplying those ratios together, Drake's ratio to the height of the CN tower is 0.00433434," a Twitter user going by Luke Cripwalker wrote. "Multiply this by the total height and Drake would be a whopping 7.86 feet."

Otherwise he might be fit to hit the court with the Toronto Raptors, instead of just creeping courtside every game.

Compare Drake's album cover to pictures of actual people on top of the CN Tower, and you can see the disconnect pretty clearly.

The world will decide when Views From the 6 drops Friday.

Read more: Drake "Hotline Bling" Video Brought Out the Best Memes and GIFs on the Internet