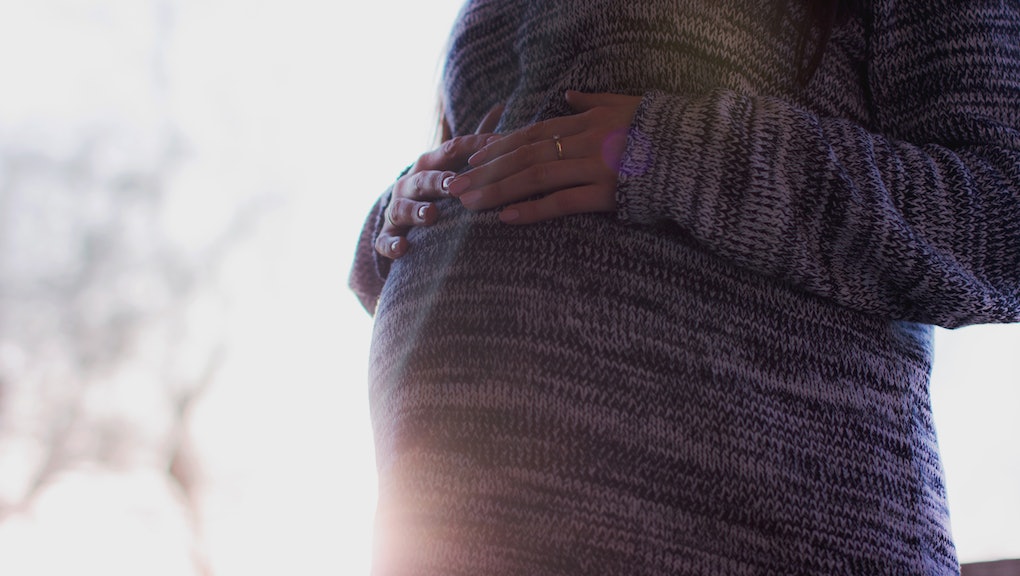 But the truth behind these symptoms is often confusing and convoluted by the ambiguity between what's fact and what's just an old wives' tale. After all, pregnancy is a complex journey that varies from person to person.

Read more: Should You Smoke Marijuana During Pregnancy? Here's What Science Has to Say

However, below are a few myths of pregnancy symptoms, debunked:

For many people, nausea continues past the first three months, according to Parenting. "It's the feeling of helplessness that really got to me," Susannah Hunnewell told Parenting. "You just have to wait for it to go away." But in a way, that's a good thing, since nausea means there's "high levels of human chorionic gonadotropin, a hormone produced by the placenta that keeps a pregnancy on course."

2. There's no vaginal bleeding while pregnant.

While menstruation pauses during pregnancy for obvious reasons, some people may experience occasional light bleeding, according to BabyCenter. There are many reasons why that could happen, including "implantation bleeding," which is when the egg plants itself in the uterus, or from sex or a vaginal exam.

The shifting hormones might actually cause breakouts all over a pregnant person's body, according to the Bump. This is likely due to oil buildup.