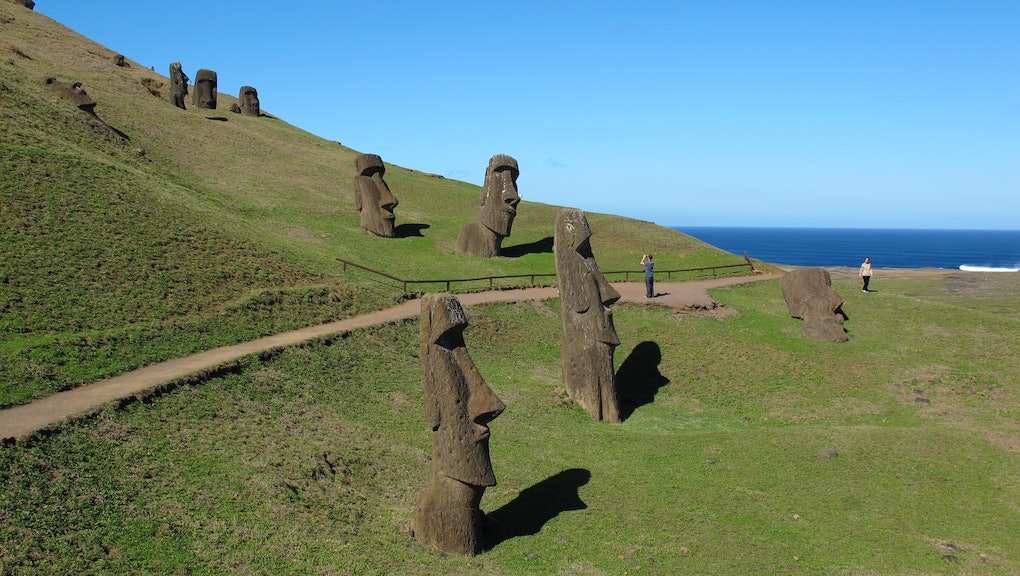 4 Ancient Civilizations That Mysteriously Crumbled — and Have Scientists Puzzled

History is full of mysterious disappearances — of people, of places and even of entire civilizations. In many cases, time has not told us what happened to the populations that have vanished en masse, all over the world. Archeologists unearth ruins and uncover clues as to the demise of ancient cultures, but the fates of many inexplicably evaporated peoples remain question marks. Here are four mysteriously vanished civilizations that keep scientists scratching their heads.

Read more: A Mysterious, Ancient "Hobbit" Skeleton Is Confusing the Hell Out of Modern Scientists

Mayan civilization was, for a time, booming — according to NASA, some cities held upward of 2,000 people for every square mile around 900 A.D. But then the Maya disappeared, possibly because of deforestation, drought and war.

The relics of an entire civilization are sitting underneath East St. Louis, Illinois. According to Gizmodo, Cahokia once housed up to 40,000 people and contained some 100 mounds made of dirt. Many of the mounds are still around today, and are thought by some to have been constructed for star-gazing purposes. Cahokia boasted sophisticated architectural and agricultural methods; archaeologists don't know why its residents left, but have speculated that drought and social disquiet may have had something to do with it.

A group of Polynesian settlers is believed to have arrived on Easter Island — or Rapa Nui — around 800 A.D., according to Smithsonian magazine. They constructed hulking stone heads, built settlements and farmed the island — which may have contributed to their mysterious demise. The Smithsonian described a scenario in which the Easter Islanders deforested the land, which did a number on the soil, which made it nearly impossible to cultivate and opened the door to infighting. We can't know what happened for sure, but when the Dutch set foot on Easter Island in 1722, they found it "nearly barren."

PBS describes the Minoans as "Europe's first great civilization," the first to use a written alphabet known as Linear A and to pave their roads. They inhabited the island of Crete until they vanished around 1600 B.C. According to PBS, their disappearance has long been considered a mystery, but archeologists have hypothesized that a volcanic eruption on the nearby island of Thera deluged Crete with a tsunami. It left the Minoans with their defenses down, an opportunity invading Greeks readily seized. They are thought to have attacked what was left of Minoan Crete, which may explain the civilization's disappearance.