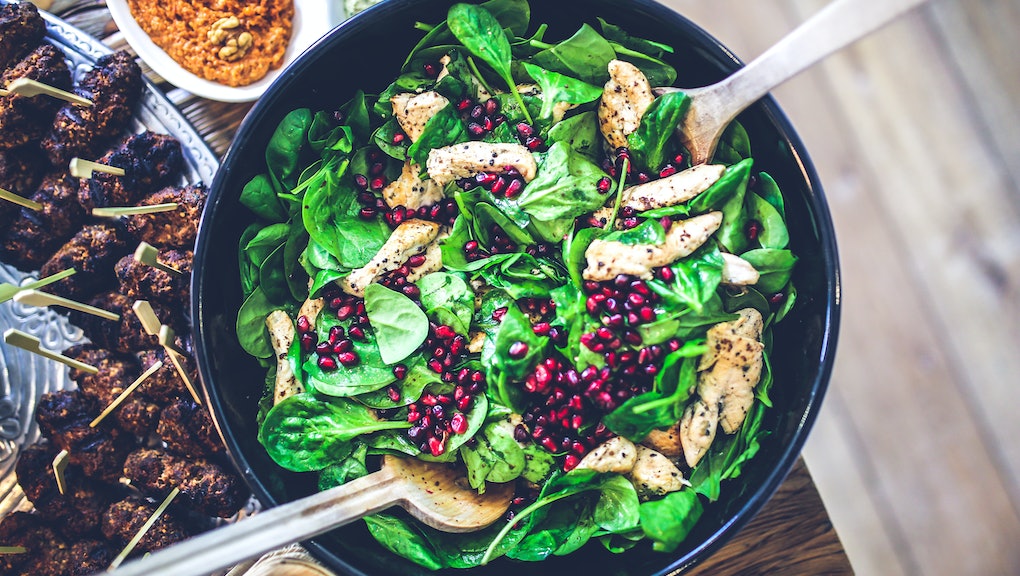 5 "Healthy" Foods That Aren't Really Healthy at All

Healthy eating is a habit we should all aspire to, and in an ideal world, healthy foods would be readily available to us for consumption. However, it can be difficult to practice healthy eating habits when you're inundated with foods that claim to be good for you, but really aren't (although in large amounts, even foods that actually are healthy can be bad for you calorically). Here are five foods that have somehow earned a reputation for being healthy, but can be quite the opposite, and thus ought to be consumed sparingly.

Read more: How to Eat Healthy Without Giving Up Sweets Cold Turkey

Dubiously, wraps have the reputation for being somehow healthier than sandwiches — the same filling between two pieces of bread. However, according to GQ, wraps often contain hydrogenated oils, and calorically, are akin to a bagel — that is, akin to eating several slices of bread.

According to Authority Nutrition, most store-purchased fruit juices are packed with so many sugars that you might as well just drink sugary sodas. Even relatively unsweet drinks like vitamin water, or sport drinks that purport to be beneficial, have added sugars.

Though they may seem healthier than their red meat or poultry counterpart, Greatist notes there is still an inherent pitfall when it comes to veggie burgers: sodium. Moreover, many veggie burgers found in the frozen food aisle lack any actual vegetables, and are instead padded with processed soy (which isn't as healthy as natural soy).

According to Good To Know, many protein and cereal bars are packed with sugar — to the point where you might as well be eating a candy bar. Also, the ratio between calories and satiation is completely off; much like opening a bag of chips, cereal bars will often leave you tempted to consume more than one bar.

Salads are healthy; salad dressings, not so much. In fact, they can make a salad as unhealthy as a burger with all their sodium and fat — especially if you have a habit of drowning your greens in salad dressing. The low-fat options aren't much better, either: to compensate for their lack of fat, many companies add sweeteners like high-fructose syrup or more salt to preserve their flavor.