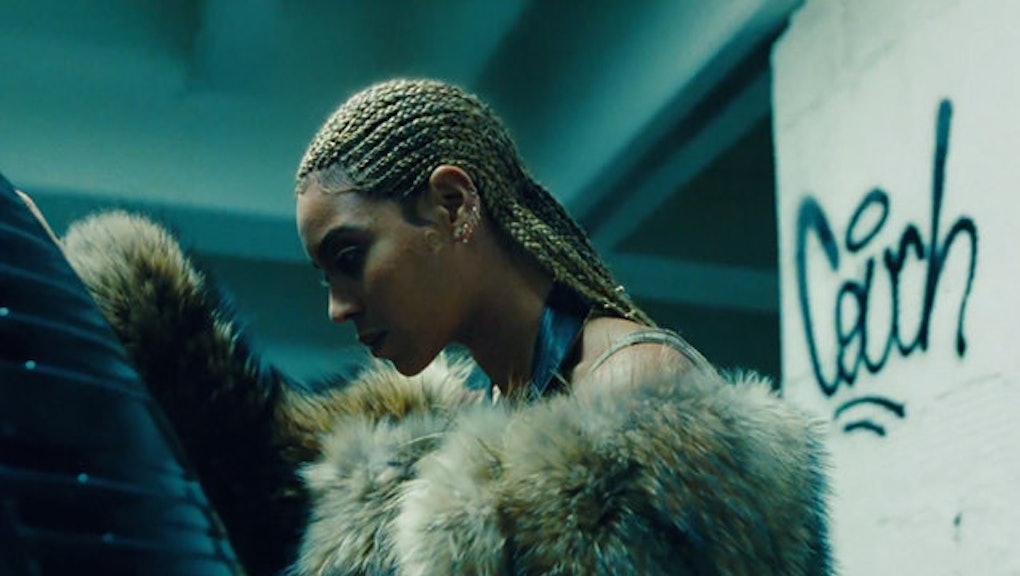 Not long after Beyoncé broke the internet with the release of her visual album Lemonade Saturday night, various interpretations of the meaning behind the one-hour visual album hit social media. However, one person has uncovered a theory that many may have completely missed.

During the film, Beyoncé was actually depicting an African goddess named Oshun, the goddess of beauty, love and sweet water (lemonade, anyone?)

"Y'all think Beyoncé was just breaking windows, twerking and playing in water. No, she was portraying Oshun, a Yoruba Orisha," Facebook user Tasha Robinson wrote in a post Sunday. "Sensual, sexual, beautiful Goddess [and] deity who is a healer, gives life, growth, luxury, change and prosperity. That was the message of Lemonade. Love, change and prosperity."

The Yoruba people, an African ethnic group that occupies southwestern Nigeria and Benin, believe in a "pantheon of 401 gods" that are known in the traditional Yoruba religion as "Orisha." The Yoruba people regard Oshun (also spelled Osun) as the a deity of love and fertility.

The mystical deity not only rules over the "sweet waters," but she is known by the Yoruba as the "bringer of song, music and dance." Sound familiar?

Read more: The Meaning Behind Beyoncé's 'Lemonade' Is Hidden in Its Title