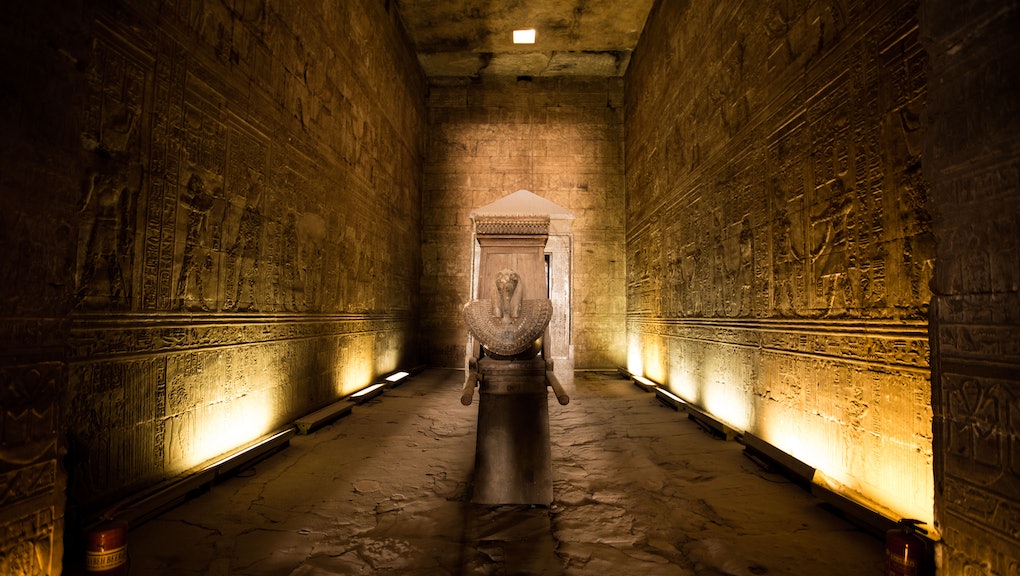 4 Mysteries From Ancient Egypt We Still Can't Figure Out

The Ancient Egyptians ruled a significant chunk of the world for almost 3,000 years, and left behind a rich legacy of art, architecture and mythology. But Ancient Egypt also left behind a few mysteries that archeologists and scholars still haven't been able to solve, even thousands of years later. Here are some of the enduring mysteries of Ancient Egypt.

Despite the mummies, statues and engravings that the ancient Egyptians left behind, there is still much controversy over just what, exactly, they looked like. One thing's for certain though — despite what you might believe about them given Hollywood's whitewashing of Egyptians, the residents of ancient Egypt weren't white.

According to Slate, they were probably a range of colors, and "neither white nor black" by our contemporary understandings: "Ancient Egypt was a racially diverse place, because the Nile River drew people from all over the region. Egyptian writings do not suggest that the people of that era had a preoccupation with skin color. Those who obeyed the king, spoke the language, and worshipped the proper gods were considered Egyptian."

2. How were the pyramids built?

Ancient Egypt's massive pyramids are another element of their legacy that has long puzzled the experts. Just how, exactly, did a society with no modern construction equipment manage to transport the giant, heavy stones needed to build the enormous pyramids? According to recent research by physicists at the University of Amsterdam, part of the answer may be wet sand.

"It turns out that wetting Egyptian desert sand can reduce the friction by quite a bit, which implies you need only half of the people to pull a sledge on wet sand, compared to dry sand," study lead author Daniel Bonn told LiveScience. An ancient wall painting also seems to depict Egyptians wetting the sand as they pulled a sledge bearing a giant statue, offering more evidence that water may have been part of the arduous and complicated process of building the ancient pyramids.

The young King Tutankhamun has fascinated historians since his tomb was discovered in 1922, but the specifics of his life — and death at the age of 19 — remain somewhat of a mystery. A longstanding theory that he died in a chariot crash was seemingly debunked when scans of his mummified body revealed that he had a "partially clubbed foot" that would have made it impossible for him to stand on his own, reported the Independent in 2014.

The new research also revealed, through genetic analysis, that Tutankhamun's parents were likely brother and sister, and he may have died "as a result of genetic impairments."

4. What's hidden inside the Great Pyramid of Khufu?

The Khufu pyramid, the largest of the three pyramids at Giza, may actually contain some hidden secrets. A 2015 thermal scan of the Great Pyramid indicated that there were "thermal anomalies" within the structure, reports the Guardian, though it's unclear what, exactly, that might mean.

A statement released about the results of the scans said the anomalies could mean many things: "To explain such anomalies a lot of hypothesis and possibilities could be drawn up: presence of voids behind the surface, internal air currents," reported the Guardian. There could even be an as-yet-undiscovered hidden tomb, but the project, which is expected to last through the end of 2016, hasn't drawn any conclusions yet.