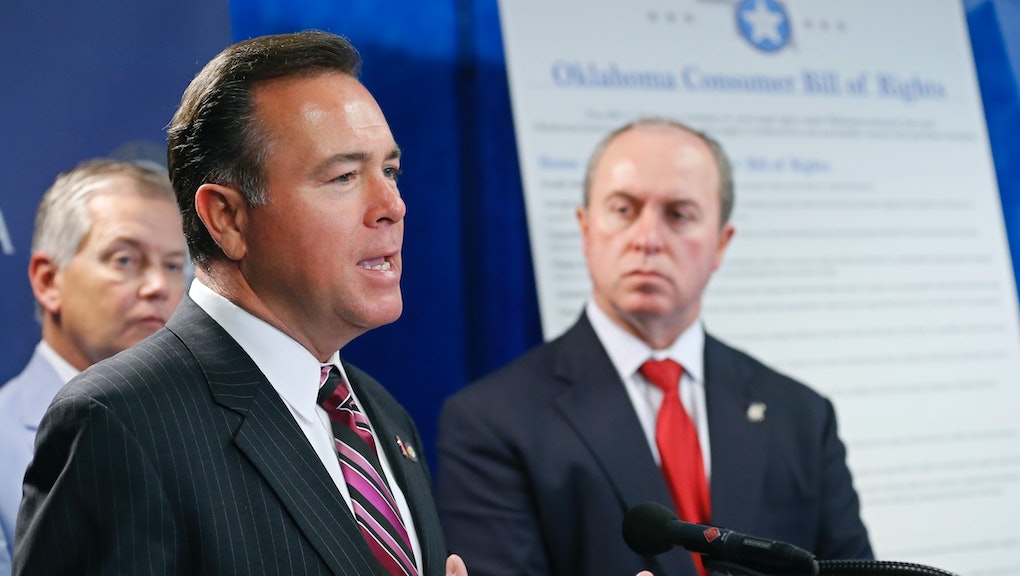 Oklahoma state Rep. Todd Russ, a Republican, stepped in a steaming pile of controversy last week when he claimed that Native Americans are "predisposed to alcoholism" and would be disproportionately impacted by laws expanding liquor sales in the state.

The representative's suggestion that Native Americans "process alcohol differently" came during a debate on the House floor about a proposed change to the state constitution that would allow wine and full-strength beer to be sold in convenience stores.

Russ apologized for his comments in an email to Indian Country Today Media Network on Monday.

"I apologize for the unintended pain I have caused Native Americans by my statement that was based upon outdated information," he wrote. "I hope this misstatement has opened the dialogue that ensures the most accurate and current information is communicated."

An overwhelming body of research repudiates Russ' original claim. One study published by the National Institute on Alcohol Abuse and Alcoholism found no correlation between alcohol abuse among Native Americans and how their bodies process alcohol. Another from the New England Journal of Medicine drew a similar conclusion, finding that whites and Native Americans metabolize alcohol similarly.

But the myth persists nonetheless. "It's easier to pathologize people than it is to think critically," Jessica Elm, a Ph.D. student at the University of Washington who studies Native American health, told the Verge in October.

It is true, however, that Native Americans are significantly more likely to die of alcohol-related causes — for instance, traffic deaths and liver disease — than other groups. But this isn't because they are genetically predisposed to alcoholism. Public health researchers have linked high alcohol abuse among Native Americans to a variety of factors, including high rates of depression — Native American youth have the highest suicide rates in the nation among those of the same age — and endemic poverty.

But instead of treating this as a public health problem and seeking ways to address it, lawmakers like Russ pathologize Native American people themselves.

To help address this public health problem, policymakers must ensure Native American communities have the resources to treat substance abuse and underlying mental health issues. But even that may fall short of addressing the root of the problem, which stems from social forces that require systemic change.

Here is a transcript of Russ' full apology:

I apologize for the unintended pain I have caused Native Americans by my statement that was based upon outdated information. I hope this misstatement has opened the dialogue that ensures the most accurate and current information is communicated. Opportunities to be more informed are welcomed as it gives me the knowledge to make the most educated decisions when I vote for legislation.