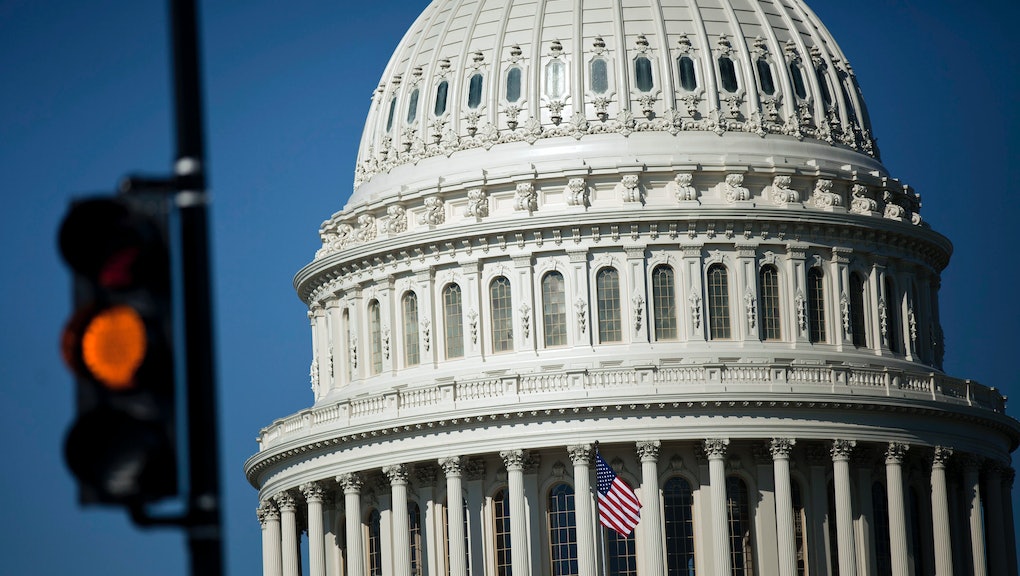 One Statistic Shows Just Why Washington Is Becoming So Dysfunctional

Why is Washington so divided?

The reasons are many, but a new study finds that a substantial contributor to the phenomenon is the way citizens respond to local job losses fueled by globalization: by electing more ideologically extreme candidates.

The New York Times reports that a study set to be published this week has found districts that suffer from trade shocks replace moderate incumbents in Congress with representatives who lean much further to the right or the left than their predecessors, although typically the swing is to the right.

The study finds that while whites most affected by trade tend to shift to the right, nonwhites are more likely to move to the left. The ultimate outcome is always a depletion in the ranks of moderates who, despite their waning appeal, often play a key role in smoothing the process of legislative deal-making in Washington.

Income inequality is also related to polarization, but so far the links established between the two have been ones of correlation (although a compelling study has found inequality to be causing the two parties to drift apart in state politics). This study shows that trade shocks in an area can actually cause a move away from moderate politicians.

The new research is particularly poignant in light of the rise of outsider presidential candidates Donald Trump and Bernie Sanders, both of whom hold staunchly protectionist stances on trade.

"In retrospect, whether it's Trump or Sanders, we should have seen in it coming," David Autor, one of the authors of the study, told the Times. "The China shock isn't the sole factor, but it is something of a missing link."