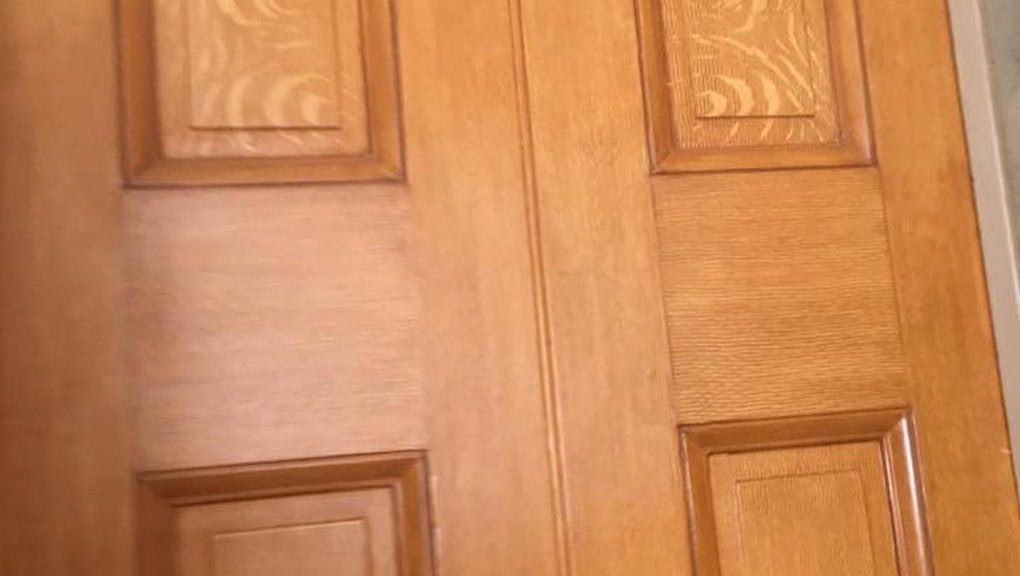 Sometimes, taking a stand is as easy — and as brave — as using the women's restroom.

Mara Keisling, executive director of the National Center for Transgender Equality, was in Raleigh, North Carolina, on Monday to help deliver the North Carolina NAACP's proposed Human Rights Act. The bill would repeal the controversial anti-trans HB 2, which requires transgender people to use the bathroom matching their gender assigned at birth, not their gender identity. Activists also delivered petitions signed by 180,000 people who are against HB 2.

While she was there, Keisling, a transgender woman, used the women's restroom in the governor's mansion — in direct opposition to North Carolina's bill. She caught the moment of civil disobedience on camera and posted it to Facebook.

She posted it with the caption, "And ... I used the women's room in the governor's office. Governor McCrory can't even enforce the law in his house."

"I was a guest of the state of North Carolina, so guests get to use the bathrooms," Keisling said to BuzzFeed.

"No one was bothered, because when I go to the bathroom, I do my business, I mind my own business, and then I go about my business," Keisling said to BuzzFeed.

About 20 people saw her enter the restroom, including a police officer who stood close by, according to Keisling. The officer did nothing.

Keisling's bathroom break was just one act of protest that day. According to the Associated Press, at about 2:25 p.m., around 20 protesters, including Keisling, sat outside the governor's mansion, joined arms and sang songs such as "We Shall Not Be Moved."

Some hours later, police began to arrest protesters, according to the Associated Press. Keisling was arrested for her participation in the sit-in, the National Center for Transgender Equality's Facebook page posted.

Fifty-four people were arrested during the sit-in, which was a part of the North Carolina NAACP's "Moral Mondays" movement.

Keisling updated her Facebook again around midnight, saying she had been released and was safely back with her colleagues at National Center for Transgender Equality.

McCrory's press office did not immediately return a request for comment.