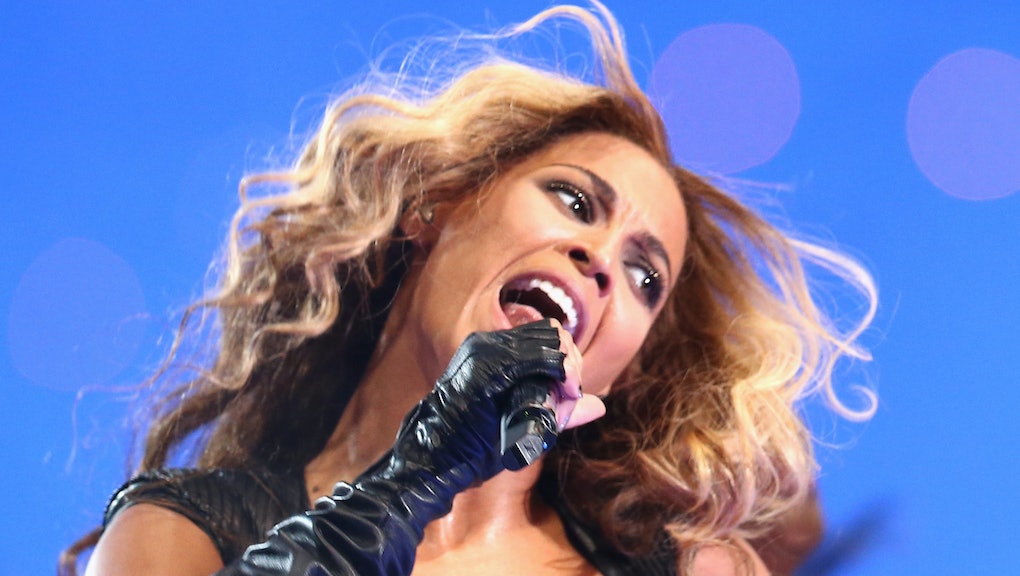 Right-wing radio show host and conspiracy theorist Alex Jones has accused the United States government of being involved in the 1995 Oklahoma City bombing and the 9/11 terrorist attacks, and said that there was some sort of government conspiracy involving the moon landings. Jones' new conspiracy theory, however, involves pop superstar Beyoncé and the Central Intelligence Agency.

The conspiracy theorist claims the Lemonade artist's visual album was designed to help promote a civil war, and the CIA is in on the grand scheme.

"I know for a fact Beyoncé and Viacom and her record label and all of it, are hooked into this, and I'll show you," Jones said during the Facebook livestream. "And then she sits there with this rage, you know, great actress, 'police, you're the enemy of my people' and 'baseball bats' and everything, so young people go out and act like maniacs and try to start a race war in this country."

"Not that the police are perfect, they're a part of the same government," the radio host continued. "But the government at the top is funding a rebellion at the bottom to cause a civil war and then they admit that's part of the plan!"

Throughout the video, Jones pulls up images of news articles as evidence that the singer is secretly trying to entice individuals to commit violence in their communities, or something.

"Blowing stuff up, beating everything up, smashing vehicles and it's all about men," the Alex Jones Radio Show host said during the video. "First, it's 'hate the cops' in the last video. Now, it's the ultimate feminist video, being hailed. She just hates men and runs around with a crazed look on her face."

There have been several theories based around Beyoncé's visual album since it dropped Saturday evening, with one involving an African goddess.