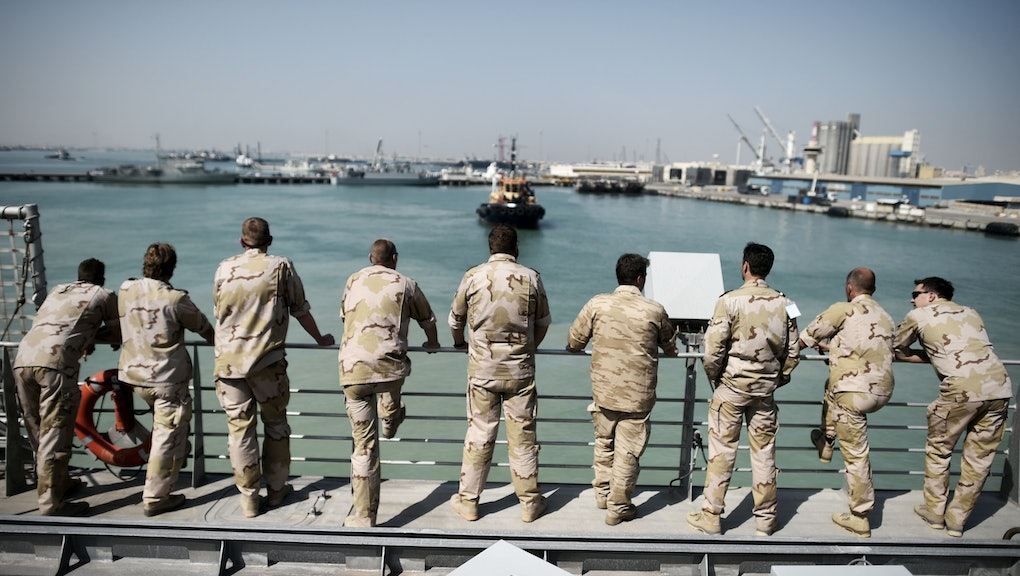 Up to 20% of U.S. veterans who fought in Iraq and Afghanistan have post-traumatic stress disorder in a given year, according to the Department of Veterans Affairs. But what if soldiers could prevent PTSD from happening — and it were as easy as popping a probiotic?

The bacteria in our gut is linked to our mood and behavior, according to research sponsored by the Office of Naval Research — and it could even prevent or cure neurological disorders like PTSD, anxiety and depression.

In other words, we're one small step closer to those superhuman soldiers of the future.

"This is extremely important work for U.S. warfighters because it suggests that gut microbes play a strong role in the body's response to stressful situations, as well as in who might be susceptible to conditions like PTSD," Linda Chrisey, a program officer in ONR's Warfighter Performance Department, said in a statement.

The research: In tests involving mice, researchers at Canada's McMaster University found a link between mice's stress levels and their intestinal bacteria.

Researchers John Bienenstock and Paul Forsythe put the mice through a "social defeat model": a 10-day test wherein smaller mice were exposed to bigger, more aggressive mice for a few minutes each day.

When the researchers examined the rodents' poop, they found the smaller, stressed-out mice had "less variety in gut microbes than the mice that hadn't been exposed to stress," Forsythe said in a phone call Tuesday.

Past research has shown similar results. One 2015 study found that probiotics in fermented food — such as sauerkraut and yogurt — change the bacterial environment in the gut, which in turn affects our anxiety levels.

Applying it to humans: Members of the Navy — particularly those who work on submarines — are no strangers to psychological duress, Bienenstock said over the phone; they work long hours in confined spaces with no daylight exposure.

"All of those things are, in general, stressful," he said.

Here's one potential outcome: Biomarkers could sense what's going on in soldiers' guts and determine if they're at risk for developing PTSD. If so, the soldiers could could take some kind of prebiotic — "some kind of dietary intervention that could promote the growth of beneficial bacteria," Forsythe suggested.

That bacteria, in turn, could prevent the onset of PTSD.

We're still a long way off: For now, the researchers aren't at the point of directly applying their findings to humans at war, they said.

"We're just at a stage of understanding how this works," Forsythe said.

If the findings ultimately prove effective in humans, it could be huge — not just for the myriad soldiers and veterans who experience PTSD, but for the tens of millions of Americans who experience anxiety, depression and other mental illnesses.