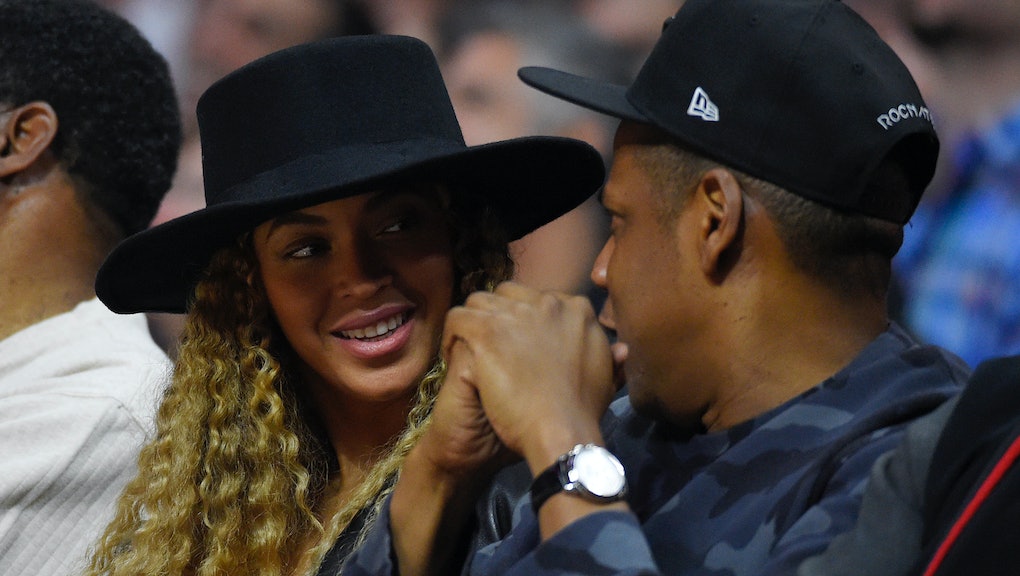 Why go after the cheating husband when you can slut-shame the "side chick"? Or so goes the logic of the Beyhive.

On Saturday, Beyoncé dropped her visual album Lemonade, a collaboration with HBO, and the world — predictably — lost their shit. The lyrics and visuals seemingly allude to her husband Jay Z's rumored infidelity and the Beyhive rallied in Bey's defense. Except instead of targeting the allegedly unfaithful partner, they went after the supposed paramour, fashion designer Rachel Roy... and her daughter.

Read more: The Meaning Behind Beyoncé's 'Lemonade' Is Hidden in Its Title

The attacks on Roy came in multifarious forms, from harassing Roy on Twitter, to slapping her Instagram posts with bee and lemon emojis, to editing her Wikipedia page title to read "Rachel Side Hoe Roy" whose occupation was "wearing knee pads."

Roy's attempts to respond in a dignified manner only galvanized the angry mobs.

It's a sexist and timeworn narrative in which the woman — or the "homewrecker" — bears the brunt of a man's infidelity.

"What's more interesting is how the Beyhive responded to accusations against Roy, with nary a peep about the man supposedly at the center of the allegations: with unmitigated vitriol," Mic's EJ Dickson wrote.

The sad irony, of course, is while Lemonade is being touted for being unapologetically feminist and empowering, Beyoncé's fanbase's response is anything but.