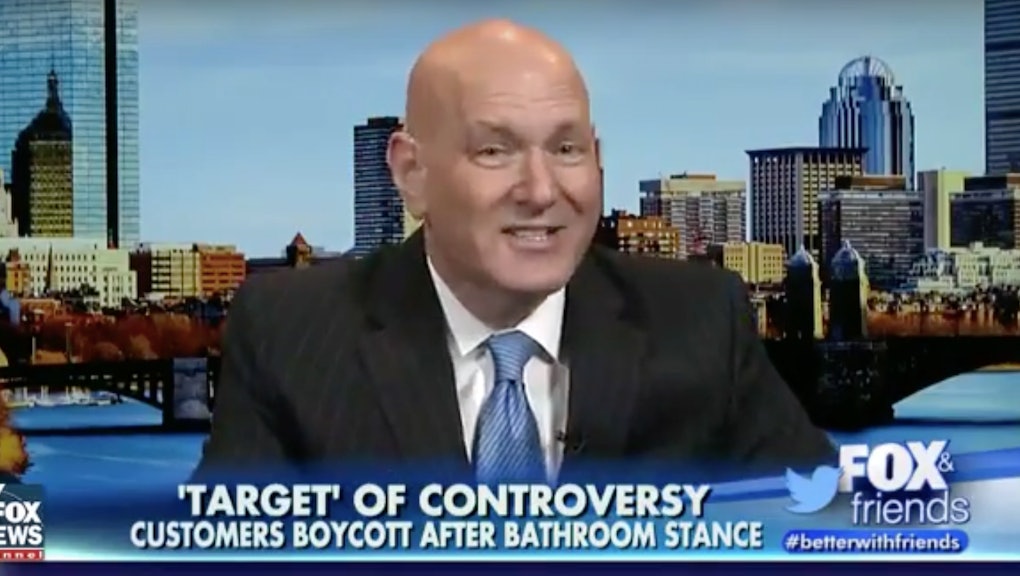 Dr. Keith Ablow, who doesn't think transgender people are real, appeared on Fox & Friends Monday morning to offer a suggestion on how to treat transgender people: Give them hormones that defy their gender identity.

For instance, instead of using testosterone to allow a transgender man to be himself, Ablow asked, "Should it be more estrogen? Should we go with nature and say maybe we'll make you more female, you'll feel more comfortable?"

"If we allow people culturally to dictate terms in our culture, then we also by extension may be in a position where we allow people to say that they are 65 when they're 45 and get Medicare, allow people to get tattooed head to foot and say 'I'm a black person,'" Ablow said. "Would that be offensive to black people if that person got affirmative action, preferences at school? I think it might."

According to Ablow, the problem is that we "care about people, we don't wanna hurt people's feelings."

But, the reality is, after North Carolina recently passed the HB2 law which doesn't allow transgender people to use the bathroom of their choice, calls to trans-focused suicide hotlines have nearly doubled. In this case, being politically correct sounds like it has its benefits.