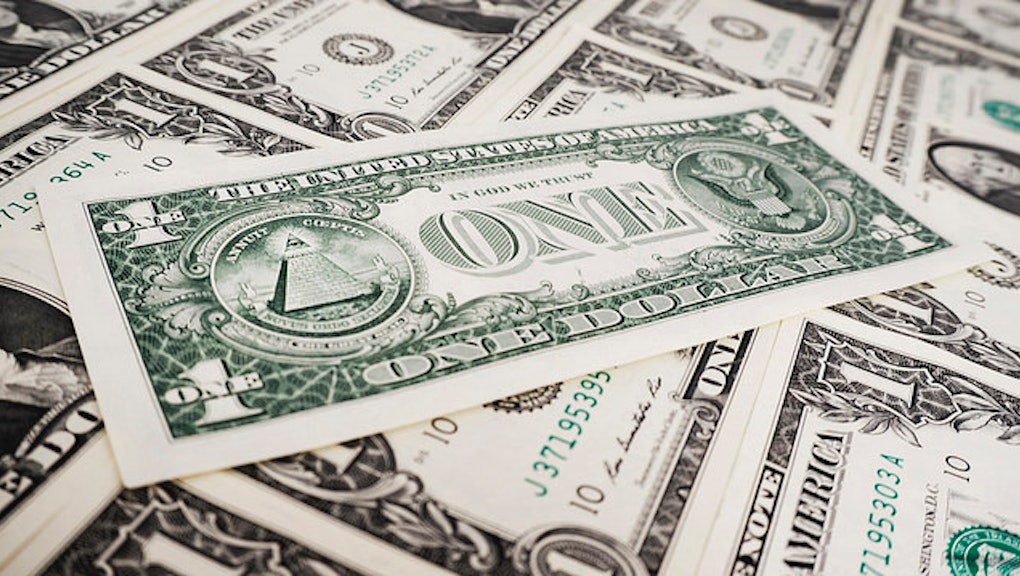 Majority of Millennials Reject Capitalism, Survey Says — Because Greed Is Not Good

Democratic presidential candidate Bernie Sanders isn't the only one hating on "millionaires and billionaires." Like Sanders, millennials, who made up more than 80% of his voters in February's Iowa, New Hampshire and Nevada nominating contests, are questioning the entire system on which the United States was founded.

The university's results echo recent findings from Republican pollster Frank Luntz, who surveyed 1,000 Americans between the ages of 18 and 26 and found that 58% of respondents believed socialism to be the "more compassionate" political system when compared to capitalism. And when participants were asked to sum up the root of America's problem in one word, 29% said "greed."

Read more: Robert Reich Explains Why Capitalism Is Broken and the Importance of Bernie Sanders

Harvard senior Zach Lustbader, who helped conduct the poll, told the Washington Post the results may be more indicative of a shifting connotation for the word "capitalism" itself. "The word 'capitalism' doesn't mean what it used to," he said. "You don't hear people on the right defending their economic policies using that word anymore."

Indeed, while millennials may be latching on to critiques of a system that allows 62 people to own as much wealth as the poorest 3.5 billion, many could be buying into a new brand of capitalism in disguise. Last May, New York Times columnist Teddy Wayne wrote about the "modern-day yuppie," a negative term for well-off young professionals often maligned by hipsters.

Wayne claims they aren't as subversive as they think: "Yet all but the most bohemian of hipsters still relish the trappings of late capitalism, when he can get his hands on them: the designer jeans and Chuck Taylors, the small-batch bourbon and maple-marinated tempeh, the borrowed HBO Go password and cracked-screen iPhone."

Down with capitalism! Long live brunch.