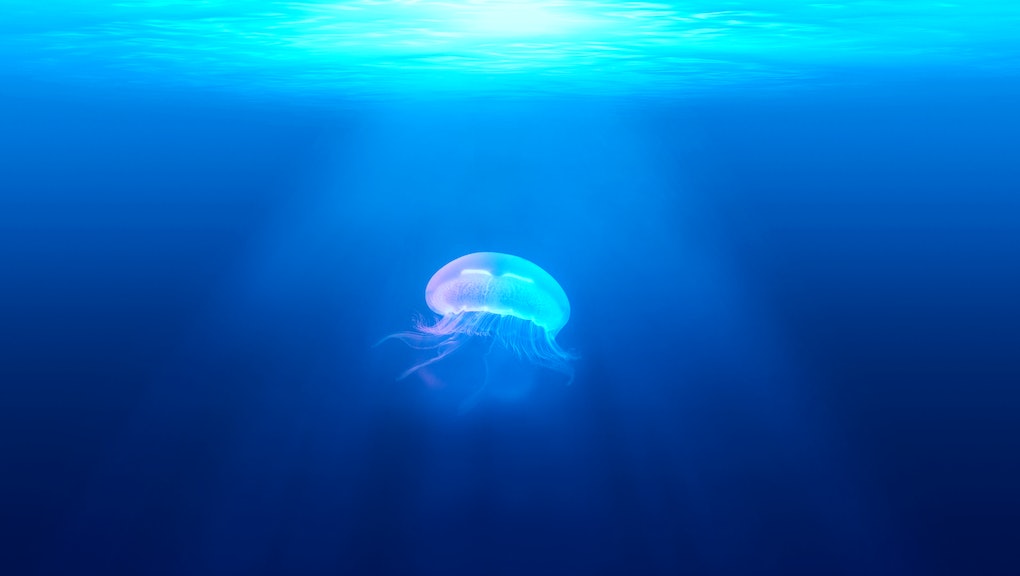 10 Deep Sea Creatures That Prove Aliens Are Here on Earth

NASA seems to have a monopoly when it comes to searching for alien life forms, but Earth's oceans are also quite vast and under-explored — largely due to logistical issues like access and practicality, as well as nuisances like the bends and the crushing pressure of the depths. However, there is a reason why the ocean is considered to be one of the final frontiers; explorers continue to discover strange and fascinating creatures that seem to take shape only in our imaginations. Here are just 10 of many deep sea creatures that  that prove "aliens" are already here on Earth — they just like to dwell deep in the oceans.

Read more: This Is Why Deep Sea Creatures Didn't Die With the Dinosaurs After the Asteroid Impact

According to National Geographic, barreleyes have a very distinctive physiological feature of "unusual 'barrel' eyes under a transparent dome."

Female anglerfish are noteworthy for the small extensions that grow from their heads — called an esca — which illuminate and are used as bait to lure prey in the deep dark water.

While not technically a deep sea creature (some variants in the stargazer family inhabit depths up to 350 feet), the stargazer's haunting stare might make you wish it lived deep in the dark. Stargazers are also equipped with venomous spines and others are capable of doling out electric shocks. Fun!

Looks an awful lot like the Spiderman villain Venom...

The aptly named goblin shark has a unique way of feeding: According to Sharks-World, "When they approach it their jaw goes out similar to how a human can stick out its tongue. Then with a sucking motion they draw their prey into their mouth where very powerful teeth are waiting to consume it."

While a squid itself might be able to squeeze its way onto your dinner plate, the giant squid can grow to be up to 33 feet, according to National Geographic.

In the same vein as the giant squid, Nomura's Jellyfish can grow to be 6.6 feet long and weigh 400 pounds.

Viperfish are objectively terrifying. With those dead eyes and a gaping maw filled with huge needle-like teeth, they're the stuff of nightmares. One species, Sloan's viperfish, was awarded the Guinness World Record for largest teeth relative to head size for fish in 2002. Don't be too frightened, however; they only grow up to 11 inches long.

If its resemblance to a dragon doesn't scare you, try looking at its teeth!