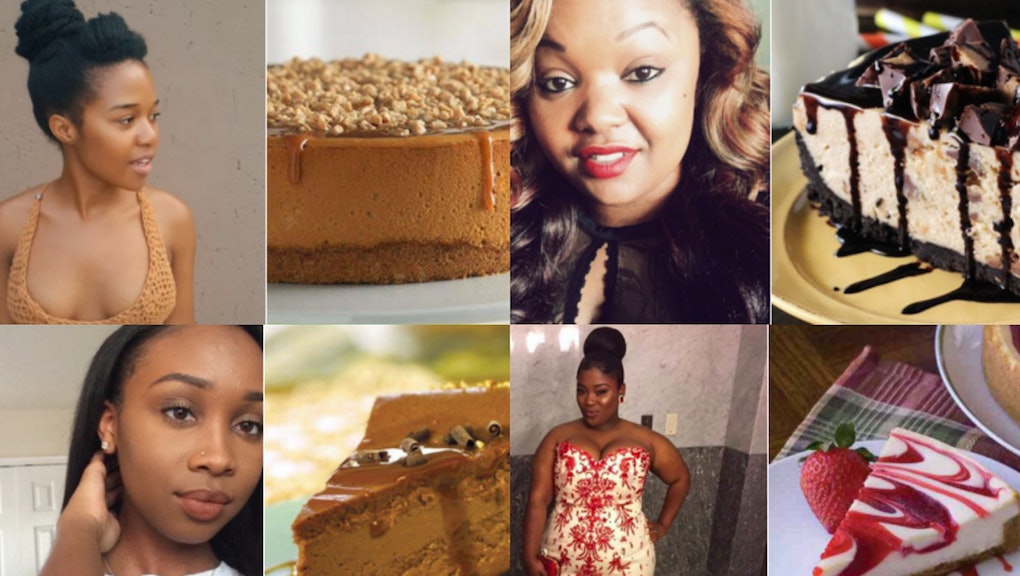 There are few better things in the world than self-confidence, cheesecake and the art of the clapback. Combine all three of those into one viral meme, however, and you get an internet-breaking moment that will live on throughout history as the perfect shutdown.

When Twitter user @OvoKT uploaded a photo comparing a woman in a white dress with red floral patterns to another image of a slice of white and red strawberry cheesecake, the post went viral, with the vast majority of users slamming it for shaming the woman's style and curves. And while @OvoKT said he was only complimenting the woman for looking good enough to eat, that didn't stop the rest of the internet from shutting down the obvious critique with the hashtag #CompareYourselfToCheesecake, which began trending worldwide Monday afternoon.

"This asshole compared a girl to a cheesecake so now we're all comparing ourselves to cheesecake," one user wrote. "Join us."

They did. Almost immediately after her call to action, women around the world began comparing their own unique styles to all different flavors of cheesecake, promoting equal beauty standards for all body shapes, sizes and colors.

As funny (and sometimes accurate) as they may be, the accompanying posts' message about the cheesecakes and women being equally beautiful was on point. Online bullying has become so rampant, we're objectifying women by comparing them to food and perpetuating ridiculous beauty standards in the process. Luckily, some woke users are speaking out against the foolishness.