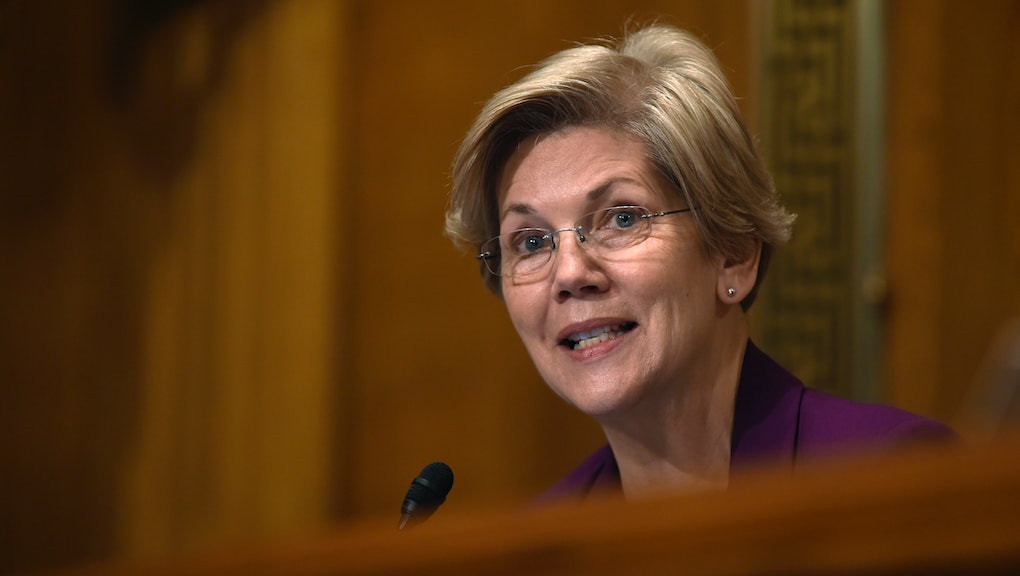 Bernie Sanders may face increasingly long odds in his quest for the Democratic presidential nomination, but the Vermont senator is already thinking about potential running mates — and he wants voters to know Elizabeth Warren is in the mix.

Appearing on MSNBC's Morning Joe on Tuesday, Sanders floated the possibility of a progressive dream team, name-checking the Massachusetts senator and implacable foe of big banks as one of his prospective picks.

Read more: A Hillary Clinton-Elizabeth Warren Ticket May Be in the Cards, Campaign Hints

"I'm not going to commit" to selecting a woman, Sanders said. "You have to look at the best candidates you can. The women of this country, the people of this country understand it would be a great idea to have a woman as vice president and something I would give very, very serious thought to."

"[T]here are people in life today, Elizabeth Warren, I think, has been a real champion in standing up for working families, taking on Wall Street," he added. "There are other fantastic women who have been active in all kinds of fights who I think would make great vice presidential candidates."

Sanders' remarks come days after rival Hillary Clinton's campaign hinted that the former secretary of state may opt for a female running mate — a development widely regarded as a sign that Warren would be considered for the slot.

Warren, who resisted entreaties to mount a bid of her own, hasn't made an endorsement in the Clinton-Sanders contest.