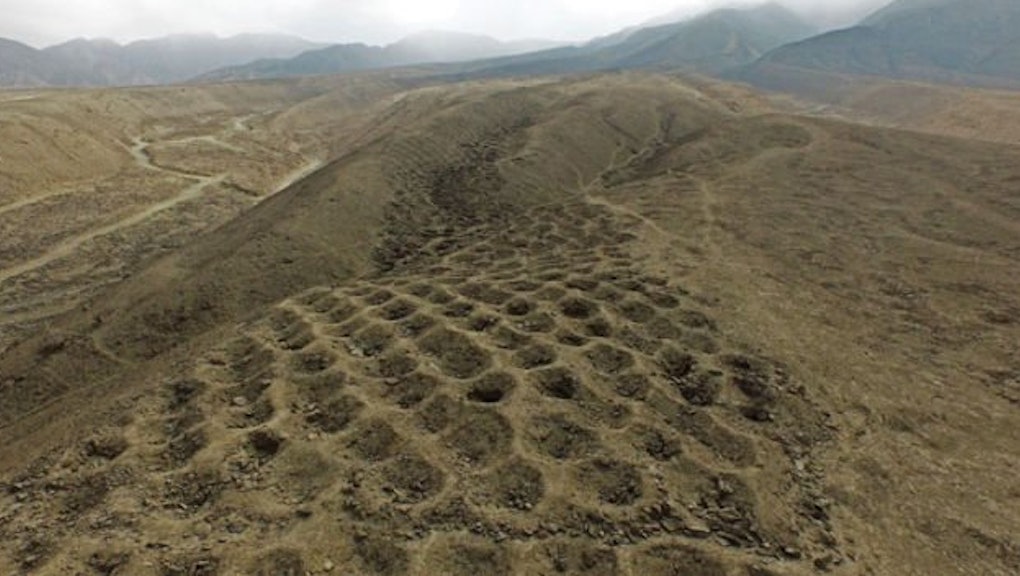 Did the Ancient Incan Civilization Use "Band of Holes" for Tax Collecting?

In Pisco Valley in Peru lies a 20-meter-long belt of about 7,000 shallow holes. Their purpose has left researchers baffled for years, according to Ancient Origins. But now researchers think that the Band of Holes, also called Monte Sierpe, may have been used as a tool for tax collection by the Incan Empire.

At first, it seemed like the holes had something to do with mining, but because of the presence of nearby Late Horizon pottery, a roadbed and storage rooms (called a colca), researchers Charles Stanish and Henry Tantalean proposed in their report that the holes were "a drop-off point for Inca food tributes" for different families and groups.

"If I'm right, then we're going to have to think differently about a lot of sites that have been regarded as strictly ritual," Stanish said, according to Archaeology magazine.

It was the similarity between the colca's symmetrical floor and the Band of Holes' layout that led Stanish to suspect that the holes were used to store goods. Farmers would bring their tributes, such as produce, to the colcas, reported Archaeology magazine. Then a khipukamayuq — essentially an Incan accountant — would keep track of the taxes on a string.

The first documented photograph of the Band of Holes is from 1931, and for many years, people attributed the site to aliens.

The holes are about three feet wide and up to 40 inches deep, according to Archaeology magazine. The structures are built-up rock — not dug out from the bedrock.