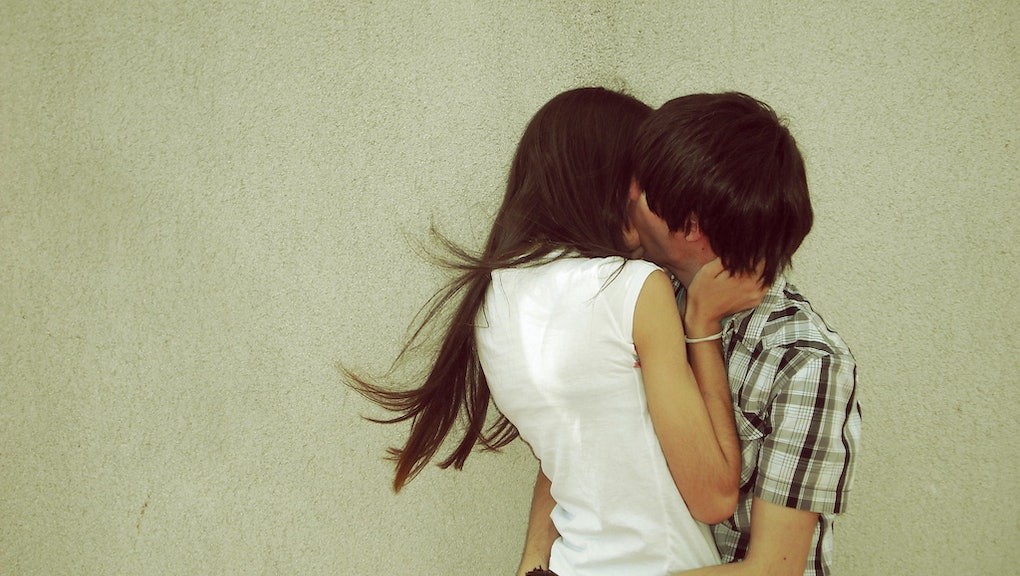 For most women, finding out a partner was unfaithful isn't exactly the sort of thing that inspires them to make Lemonade; instead, it typically leaves them weeping into a pint of Haagen-Dazs on the couch. But at the end of the day, it actually might be a blessing in disguise.

Women who "lose" their cheating partners to other women are better off in the future, according to a study from Binghamton University released in April. While being left for someone else can initially cause women to feel grief and anguish, researchers have discovered that with time, they're more likely to learn from their mistakes and pick better partners.

As for "the other woman"? Well, she just started dating a cheater, so guess how that'll turn out for her.

Previous research on how women deal with breakups and infidelity has focused primarily on what they experience in the immediate aftermath of a split. Most of it is pretty standard: There's usually sadness, jealousy and plenty of rage. But there's less known about what happens after the initial shock of discovering an infidelity, when women move on from their unfaithful partners and start new relationships.

That's why a group of researchers led by Craig Morris, a biocultural anthropologist and evolutionist at Binghamton University, polled over 5,700 anonymous participants about their cheating ex-boyfriends to evaluate how their past experiences with infidelity affected their later mating choices. Turns out, having a partner cheat could lead women to experience a great deal of personal growth.

"Our thesis is that the woman who 'loses' her mate to another woman will go through a period of post-relationship grief and betrayal, but come out of the experience with higher mating intelligence that allows her to better detect cues in future mates that may indicate low mate value," Morris said in a press release for the study. "Hence, in the long term, she 'wins.'"

In short: the woman whose boyfriend leaves her for someone else might lose her relationship, but she gains self-knowledge about how to pick better next time. As for the "other woman," she "is now in a relationship with a partner who has a demonstrated history of deception and, likely, infidelity," Morris said. "Thus, in the long term, she 'loses.'"

"The woman who 'loses' her mate to another woman will go through a period of post-relationship grief ... [but] in the long term, she 'wins.'"

According to Morris, learning from past relationship mistakes indicates that women, in particular, have developed what is essentially a breakup adaptation mechanism, which allows them to avoid bad mates. Because "we have evolved to seek out and maintain relationships," he said, it makes sense that we would also evolve to respond to the stress of a romantic loss.

Maybe that's why so many crappy breakups, whether they involve cheating or not, can make us feel like entirely new people once we've gotten over them: They can teach us to make different choices (i.e., stop dating assholes) and help us in the long run. Let's just call it karmic justice.