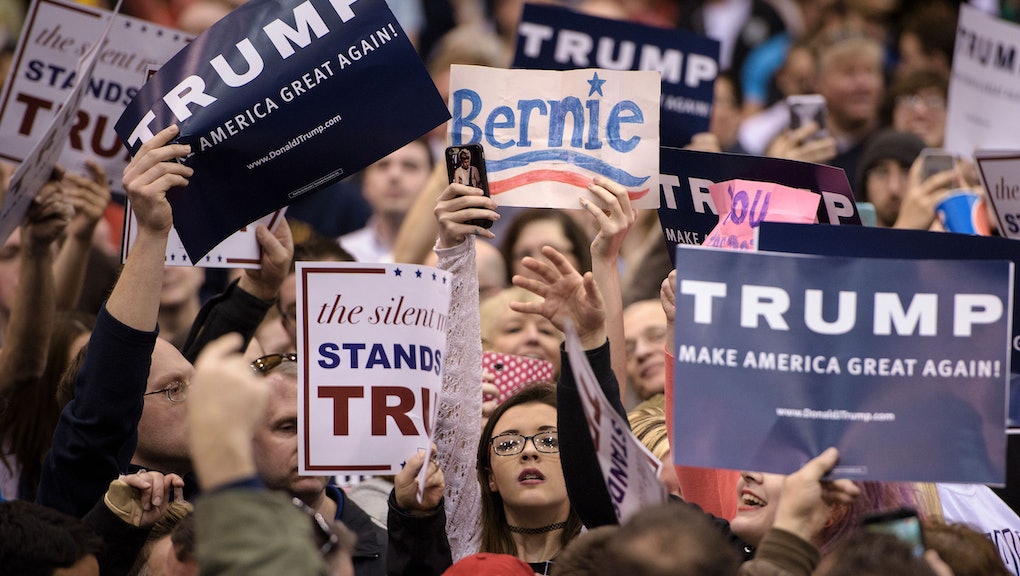 To the chagrin of his many passionate fans, Bernie Sanders may not make it all the way to the general election — but his attacks on Hillary Clinton could go the distance.

Fresh off a new batch of primary victories, Republican frontrunner Donald Trump said Wednesday that he plans to rip from the Sanders playbook if he gets to take Clinton on in the fall.

"Bernie Sanders has a message that's interesting: I'm going to be taking a lot of the things that Bernie said and using them. I can reread some of his speeches and I can get some very good material," Trump said during a phone-in appearance on MSNBC's Morning Joe.

"He said in many ways, she shouldn't be there," Trump continued of Sanders. "He said some things about her that are actually surprising, you know, that essentially she has no right to even be running — and that she's got bad judgment. When he said 'bad judgment,' I said 'sound bite!'"

Trump also reprised his (hugely self-interested) argument that Sanders has been so badly treated by the Democratic establishment in his fight against Clinton that he should consider a third-party run.

Trump considers this a commonality — he complains constantly about getting a bum deal from the GOP.

Sanders, who lost four of Tuesday's five primaries to frontrunner Clinton, has made clear he doesn't consider Trump a bro — Bernie or otherwise.

But reviving attacks lobbed during primaries for use in general elections is a time-honored tactic. When Mitt Romney won the GOP nomination after a heated primary contest in 2012, he emerged from the primary a bloodied candidate who went on to lose to incumbent President Barack Obama.

Even if Clinton forces Sanders from the race, the Vermonter's scathing primary-cycle questions about her judgment, qualifications and ties to Wall Street remain on the record and up for grabs.

It's natural that Trump is ready to co-opt them.