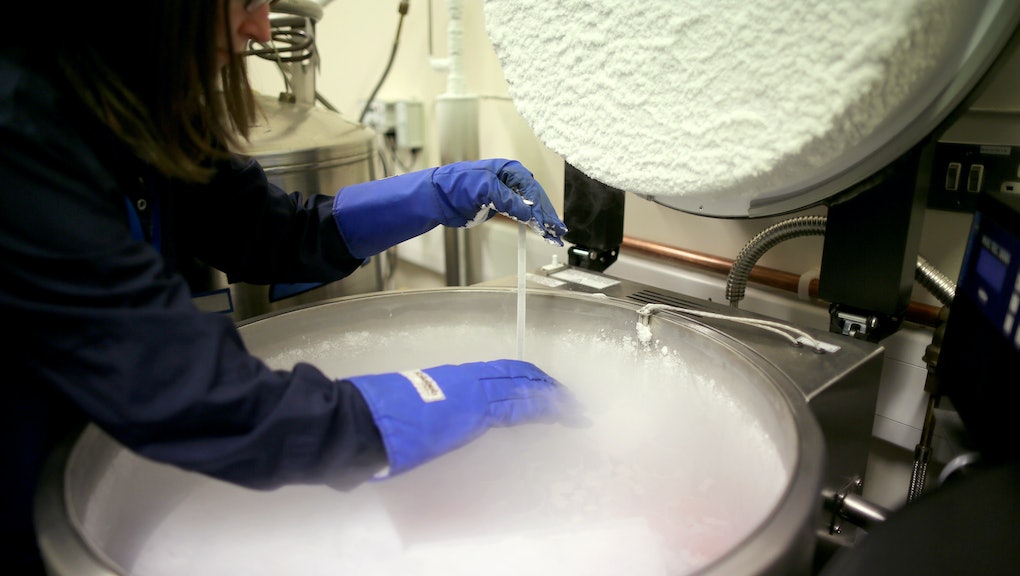 Sperm donation is already strict business. Banks require a minimum height and education for donors, and even proof you were a cute kid (probably). There's also a battery of screening methods for genetic diseases that go down before you even get handed your cup.

But according to a new paper published in the journal Genetic Testing and Molecular Biomarkers, those tests are still leagues behind what we're technologically capable of providing in terms of preventing hereditary disease in the child.

That needs to change.

The study authors compared results taken from current screening methods of sperm donors and pitted them against what's called next-generation DNA sequencing. They found that, whereas current tests can only identify and examine specific genes, the new jacks can detect variations throughout the donor DNA.

We're talking whole-genome studies. These can provide a much better, almost creepily precise calculation of genetic compatibility. Whole-genome studies can even make sure the donor sperm and receiving egg don't both carry even the most obscure recessive gene mutations — the ones not targeted by current screening models.

According to the study, even though we have the technology to detect a ton of pathogenic diseases and genetic problems, the current screening methods miss a lot of them. Because the test panels are designed to detect problems in specific regions of the body, it's harder to pinpoint overall problems with a donor — or maybe more important, problems with how the donor and the recipient will mesh on a genealogical level. And that's bad news for the baby.

"The biological reality is that all donors and recipients carry serious recessive disease mutations," the authors wrote. "This challenges the utility of any screening protocol that anchors donor eligibility to carrier status."

In other words, we're all a little weird on the molecular level. The trick is finding out if we're weird the way someone else is weird. Fortunately, we have the tech to find that out. And since it's finally cheap, it's time the industry follows suit.