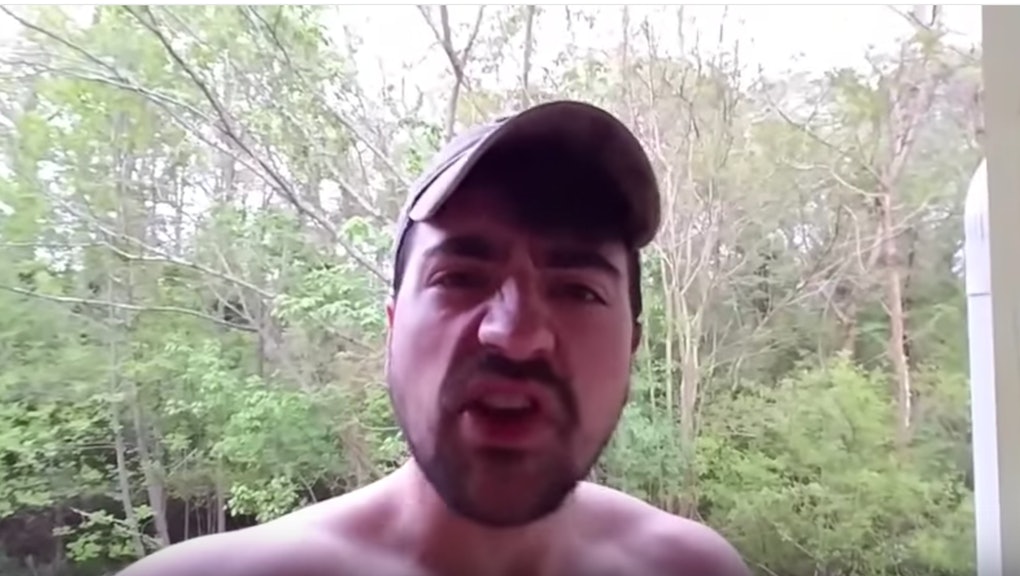 The ever-growing group that has denounced North Carolina's "bathroom bill" and its anti-LGBTQ laws includes organizations like the NBA, a slew of talented musicians and President Barack Obama. Now, add this "Liberal Redneck" to the list as well.

Standup comedian Trae Crowder, who uses the persona "Liberal Redneck" as part of his act, needed to let off some steam about the state law, which requires people to use the bathroom that matches their gender assigned at birth, rather than their gender identity.

To put it mildly, he wasn't afraid to be brutally honest. "Meanwhile these are the same motherfuckers that put Mountain Dew in sippy cups and beat a six-year-old with a wire hanger for standing in front of the TV during Dr. Oz," he says. "Y'all are so full of shit. What do you think is gonna happen? You do know that transgender people have existed forever right? What bathrooms you think they been using?"

Crowder hits the nail on the head by demonstrating the hypocrisy of the logic behind this law — essentially, that transgender people are somehow a dangerous threat if allowed to use a bathroom they identify with (which there have been zero instances of).

"An' what about little boys? he says. "The vast majority of people that prey on little boys are adult males, this law don't affect them one way or the other. So unless you're also suggesting that we have separate bathrooms for Catholic priests, I think you needta cut the shit! Quit bein' a pussy and say what you mean. You're freaked out! The thought of a man wantin' to be a woman disgusts you. Because like most things that disgust you, you lack the capacity to understand it."

Suffice to say, we need more people like Trae Crowder to throw this bill under the bus. You can check out the full rant below: