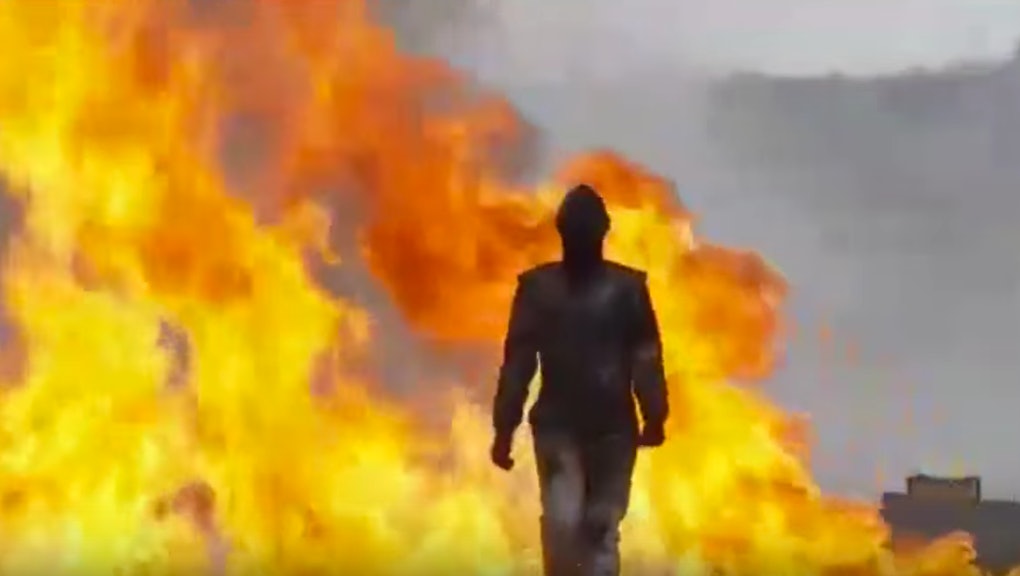 It's an action movie staple: There's an explosion (or a bunch of explosions, if it's directed by Michael Bay), and the badass hero or villain won't even glance at it; no, cool people pay explosions little attention. Such a move seems like the stuff of fiction, but if there's any country that would try to make this a reality, Russia is a pretty good bet.

A video released by the YouTube channel WarLeaks — Military Videos & Combat Footage shows what they purport to be test footage of a bomb suit, released by Russia's Deputy Prime Minister Dmitry Rogozin. According to Yahoo, "the suit was developed by the Central Research Institute of Precision Machine Building for Russian Armed Forces."

In the clip, a person in the suit walks through a set of what appears to be some pretty intense explosions, without hesitation.

By the end of the video, we get to see the badass who went through the tests: an unnamed woman, who's greeted by one of the people behind the camera, and extends a confident salute. Aside from some soot on her face, it looks like a successful, and quite entertaining, test run.

Check out the full video below — and please don't try this at home.

Read more: A Paralyzed Man in a Bionic Suit Is About to Do the Unthinkable