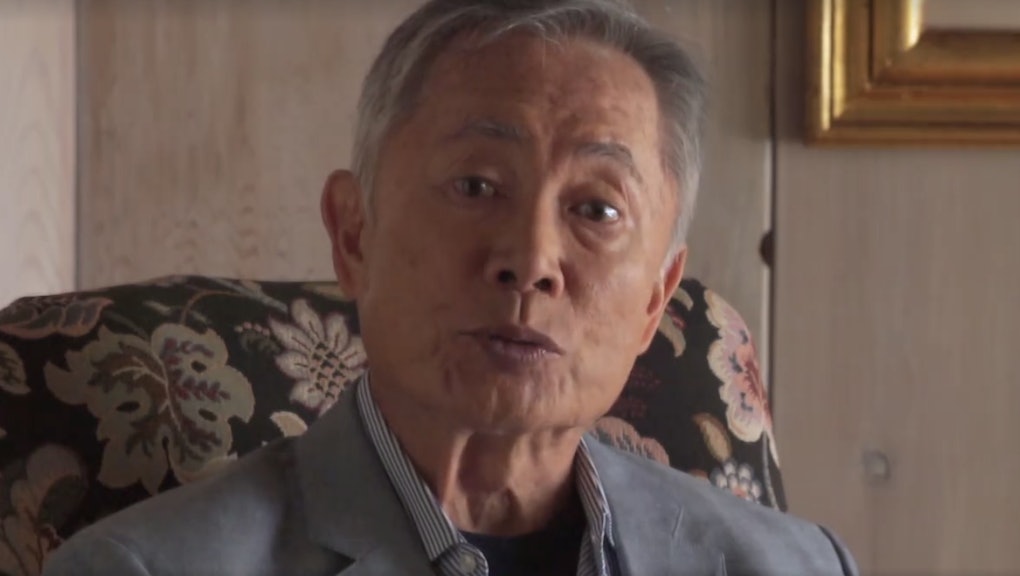 George Takei to Bernie Sanders Supporters: It's Over, Come Back to Hillary Clinton

George Takei assumed the role of "dad" to legions of frustrated supporters of Bernie Sanders in a video posted to social media Wednesday urging them to throw their support behind Hillary Clinton if she becomes the Democratic nominee.

Takei was adamant that, even though he had felt the Bern during the campaign, it was important to ultimately coalesce around Clinton. "Having been through many bruising primaries in my life, I'm also a realist," said a stern Takei. "From where I sit, the math is clear. Hillary likely will win and she will be our nominee."

The former Star Trek star-turned-millennial-icon said that even though Sanders would likely not receive the nomination, he had already won a victory — of sorts — by energizing the Democratic electorate during what he called a "historic" nomination fight.

He then asked for a pledge — no, not the Donald Trump kind of pledge — from supporters to "vote blue, no matter who."

Takei said Clinton and Sanders supporters were members of the same family and that families "come together when threatened." He then listed a litany of issues which the two agree on, including, expanding the Affordable Care Act, protecting abortion rights and raising the minimum wage.

"Bernie himself has said that, 'On her worst day, Hillary Clinton will be an infinitely better candidate and president than the Republican candidate on his best day.'" Takei noted. "If Bernie believes that, his supporters can too."