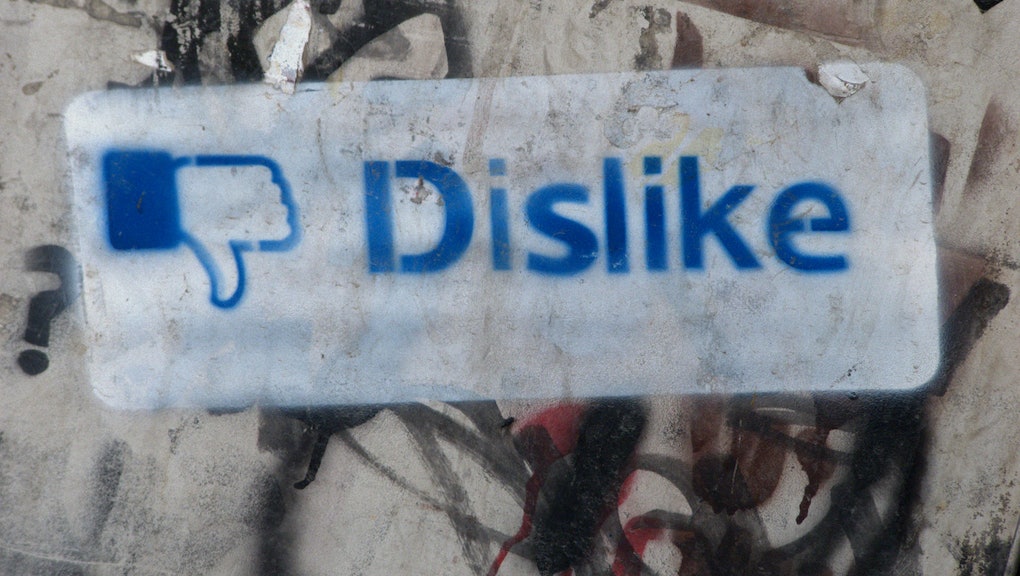 Here's Why You Have So Many Annoying Facebook Friends

Most of us have "friends" on Facebook that we kind of hate. So why don't we just unfriend them and spare ourselves the misery of seeing their combative, annoying Trump posts in our timelines?

One recent study suggests this type of masochism might be motivated by the innate desire to avoid conflict: People who post obnoxious comments on Facebook tend to be "popular" IRL, and we don't want to piss them off.

Sarah Buglass, a Ph.D. student at Nottingham Trent University, analyzed the Facebook relationships of 52 users between the ages of 13 and 45, spanning a network of 5,113 contacts. Participants were asked to rank 100 randomly chosen Facebook friends based on such characteristics as how often they communicated with this person, both online and off, and how often the friend argued online with other Facebook users.

The results indicated that so-called "online troublemakers" tend to be "socially popular" people that the participant knew offline as well. Basically, other people like these jerks, so we look the other way when we see them being obnoxious online.

Unfortunately, Facebook is such an omnipresent force in our lives that this instinct is probably correct: what happens on Facebook usually affects us IRL as well. According to a 2012 study by the Pew Research Center, 25% of teens have had a fight on social media that led to an offline argument or confrontation, and 8% actually got into a physical fight.

Buglass's study showed that gender might also factor into how we deal with Facebook conflicts. Young women were most likely to report other users' abusive behavior, while young men were most likely to engage in toxic bickering. "According to our results, males appeared to be more prone to online conflict," Buglass said via Twitter direct message.

These results are supported by broader cyberbullying studies, which have also determined that adolescent boys are slightly more likely to be online bullies and adolescent girls are more likely to report abuse.

But even though women are more likely to report abusive behavior, we're all equally guilty of turning a blind eye to it when we see other Facebook friends are implicated in it, for fear of creating conflict IRL.

"The social repercussions of unfriending someone reach far beyond the boundaries of the online network," Buglass wrote in her report. "People don't want to risk causing offline tension with their friends, family members or colleagues... Remaining online friends with troublemakers appears to be a social necessity for some."