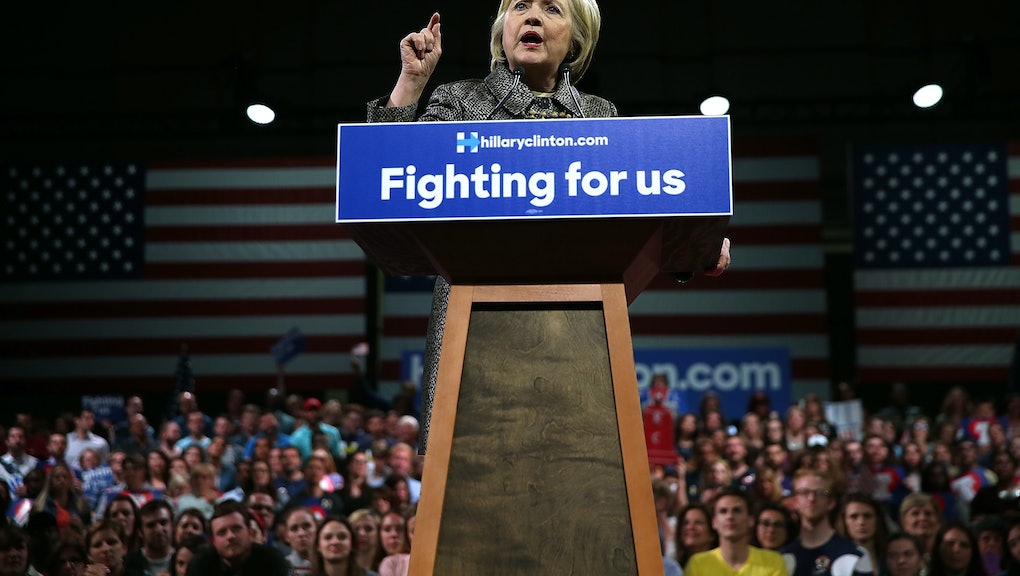 The only candidate on the attending list for a forum hosted by the Asian Pacific American Institute for Congressional Studies Leadership Network is Hillary Clinton, according to Reuters. Also scheduled to appear at next week's event: President Barack Obama, who's giving the keynote.

"We are a vote that is becoming increasingly powerful," California Rep. Judy Chu, a Democrat, told Reuters. "In this election we are the swing vote in the swing states." Chu will be introducing Clinton at the reception.

Out of the five presidential hopefuls vying for a spot in the general election, the Democratic frontrunner was the only one to accept the network's invitation. According to Reuters, Clinton's opponent, Vermont Sen. Bernie Sanders, "did not commit," nor did Texas Sen. Ted Cruz. Republican frontrunner Donald Trump "was unlikely to attend," the network said, while Ohio Gov. John Kasich "did not respond."

Asian-American voters tend to cast their ballots for Democrats — the Washington Post has attributed this to alienating racial rhetoric from GOP candidates, who've implied that U.S. citizens of Asian descent are not quite as American white voters. Maybe a show of support for 5.6% of the national population could help ease that feeling of being excluded? Just a thought.