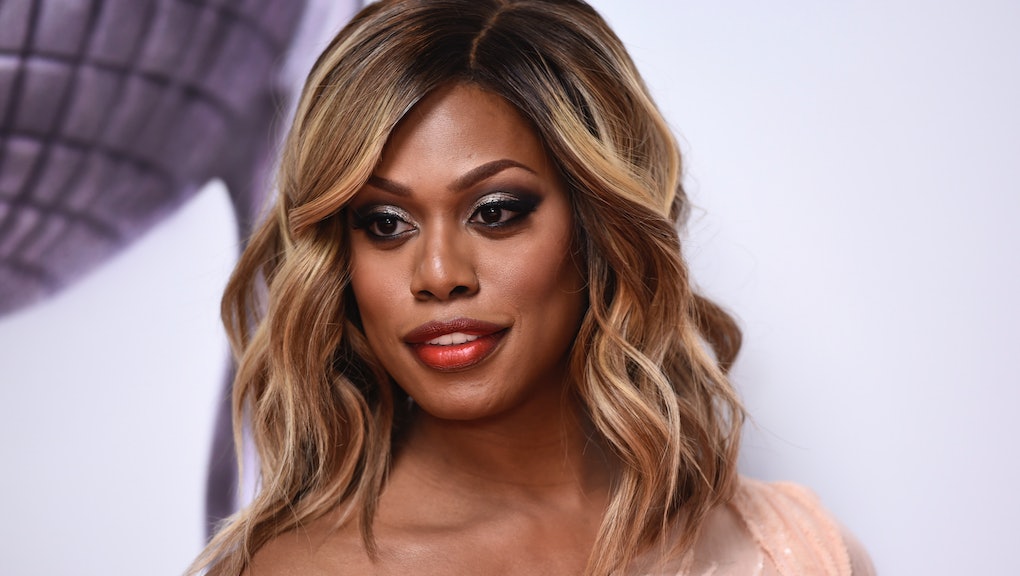 Laverne Cox, Other Celebs Promoting #JusticeReformNow Over This Unsettling US Prison Stat

Laverne Cox, Matt McGorry, Gabourey Sidibe, Russell Simmons, Margaret Cho and other celebrities will advocate for criminal justice reform in the United States by promoting Cut50's #JusticeReformNow campaign. Cut50, a bipartisan coalition seeking to safely reduce the number of jailed people in the U.S. by 50% in the next ten years, is slated to hold a press conference Thursday in Washington D.C. on the Sentencing Reform and Corrections Act, aimed at reforming federal sentencing laws.

In Cut50's press release, the coalition write that they want to start a "conversation about the ongoing negative impact federal sentencing policies have on communities — and the need to advance sentencing reform."

"Formerly incarcerated individuals who were sentenced to life for low-level drug offenses will share their stories of redemption, discuss their advocacy work, and how the Sentencing Reform and Corrections Act could provide relief for thousands," Cut50 write.

Democratic Sen. Richard Durbin of Illinois and Republican Sen. Mike Lee of Utah will be joined by McGorry of Orange is the New Black, Hill Harper of CSI: New York, Melissa Fitzgerald of The West Wing and Terrence J of 106 and Park.