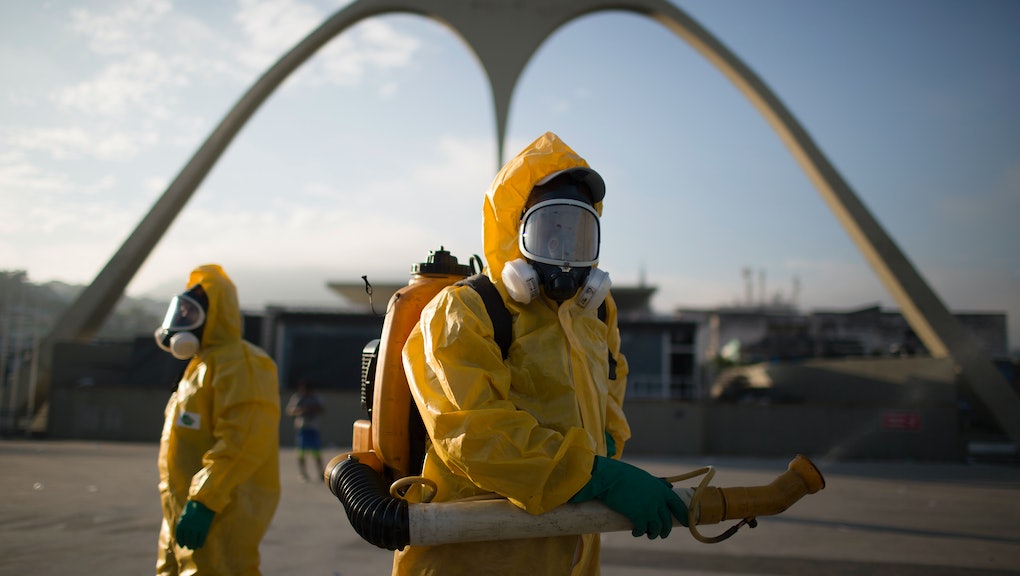 Brace yourself: Zika is coming.

Researchers from NASA, along with the National Center for Atmospheric Research and some others, have forecast how the spread of Zika, a vector-borne illness on par with yellow fever and dengue fever that travels via the female Aedes aegypti mosquito, could hit the United States.

It's not looking good for the south — or just about anywhere else — come summertime.

Looking at temperature, rainfall and some socioeconomic factors across the United States, the research team deduced that cities and states in hot, humid climates are at the highest risk of a Zika outbreak.

By that logic, Florida and its surrounding states are going to suffer. Unfortunately, that makes a lot of sense: Florida's humidity makes it a literal hot spot for mosquito-borne illnesses.

There was some surprising data on how high north Zika's risk spreads. According to the study published in PLOS Current Outbreaks, there's moderate risk for Zika to spread in New York, Philadelphia and Washington, D.C.

"The results generally confirmed many of our suspicions about the relative risk of Zika virus transmission in the U.S.," Cory Morin, a NASA postdoctoral program fellow with Marshall's Earth Science Office, said in a statement. "However, there were some surprises, such as the northern extent of Aedes aegyptipotential survival during the summer months. This suggests that the mosquito can potentially survive in these locations if introduced during certain seasons, even if it hasn't or can't become fully established."

While Zika has been present globally for a while, its existence in the U.S. is a relatively new phenomenon. It likely hitched a ride in the bloodstreams of travelers coming to the U.S. from South and Central American countries.

Fortunately, new research gives doctors a clear image of Zika's composition, making it an easier target for treatment. Hopefully treatments can be developed by the time climate conditions are ideal for the mosquitoes carrying the virus.

That's July, by the way — nearly two months away.