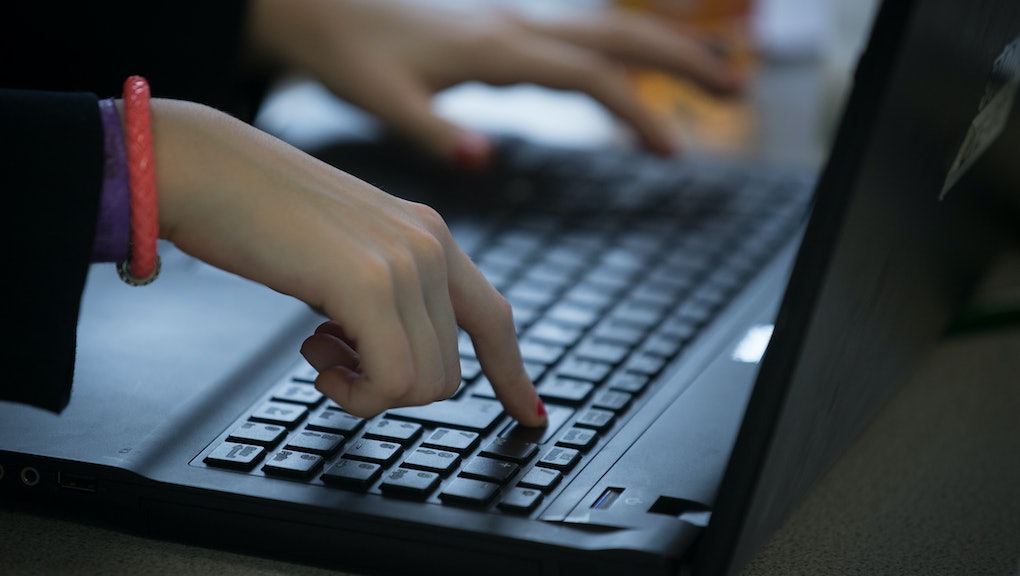 Something Disturbing Happens When You Search Google for "Penis"

It's hard out there for a teen with questions about his junk. His school's sex ed might be abstinence-only, and he may not be down to chat with his parents about the birds and the bees.

Writer and activist Jillian C. York recently noticed that Google was blocking the words "penis" and "vagina" from appearing in its autocomplete search results.

A Google spokesperson confirmed it in an email to Mic on Thursday. "Autocomplete predictions are produced based on a number of factors including the popularity of search terms," the spokesperson said.

"We do remove offensive or inappropriate content from autocomplete predictions."

It doesn't stop there. We tried searching Google for other common sex topics, and met similar outcomes. In some cases, autofill results only featured misspelled sex terms, like "cliturous" and "orgasim" — presumably because the search engine only removed the correctly spelled versions of the words.

This isn't what most teens are looking to, er, mastur:

Let's work on finding the clitoris before we move on to the "cliturous":

No orgasms for anyone, but plenty of "orgasims":

If curious teens are encountering these kinds of results, it may feel like their computers — and not just their parents and teachers — are discouraging them from thinking or talking about sex.

That's a problem. Despite what GOP lawmakers may say, research has shown sex education is a great way to improve adolescents' sexual health. A 2008 study in the Journal of Adolescent Health found that teaching teens about contraception was not associated with increased risk of sexual activity or sexually transmitted disease.

Learning about sex is important — and if teens can't do it in the classroom, they should at least be able to Google to their hearts' content.