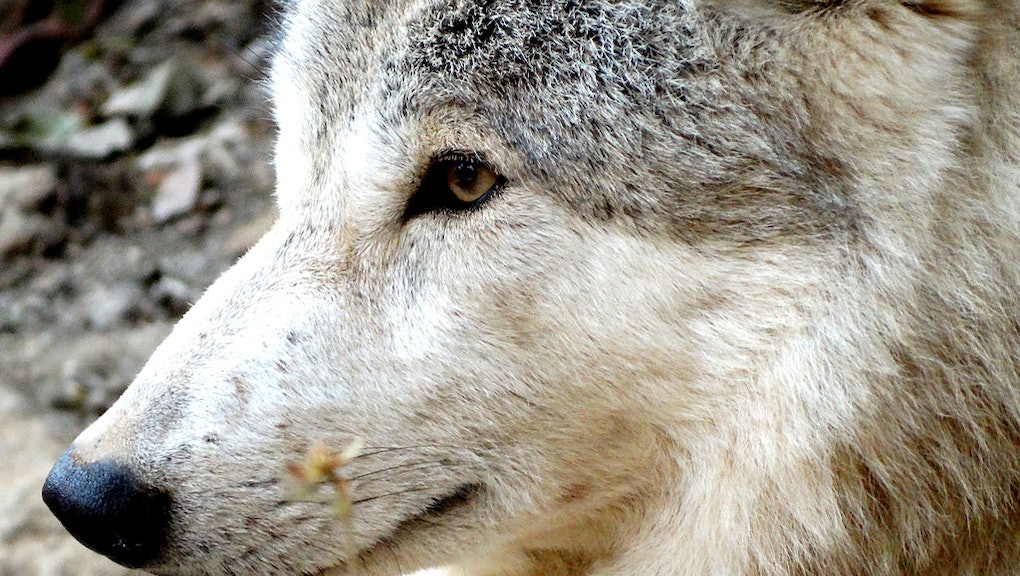 This "Woolly Wolf" Isn't Actually a Gray Wolf, Is in Fact Likely Its Own Species

Attention, world: Researchers may have just confirmed the existence of a new kind of wolf. As Madhu Chetri, a graduate student at Norway's Hedmark University College, and a research team suggested in a recent paper, the Himalayan wolf is likely a separate species from the other wolves with which it has long been classified. Otherwise known as the "woolly wolf," this rare canine has likely been genetically distinct for some 800,000 years, National Geographic reported.

Chetri first saw the animal in Nepal and was struck by how unwolflike the apparent wolf looked, according to National Geographic. It was smaller in size than the typical gray wolf and slimmer, with white blotches near the neck. Following on the heels of two early 2000s studies on the Himalayan wolf's DNA, Chetri wanted to see if and just how much it differed from its wolfish peers, National Geographic reported.

He set about collecting the animals' poop, gathering four usable samples from which he could extract mitochondrial DNA. The results aligned with those of the two previous studies, indicating "the Himalayan wolf was significantly different from any other wolves and is likely a distinct species," in National Geographic's words.

While a new, wolflike species is an exciting prospect, there is a downside: Fewer than 350 of these creatures are thought to exist, meaning they're critically endangered and "deserve special conservation attention," to quote the paper.

They'll also need a formal species name, and while Chetri and company haven't yet settled on what that should be, we recommend they not put it up for a public vote; Wolfy McWolf-face is a mouthful.