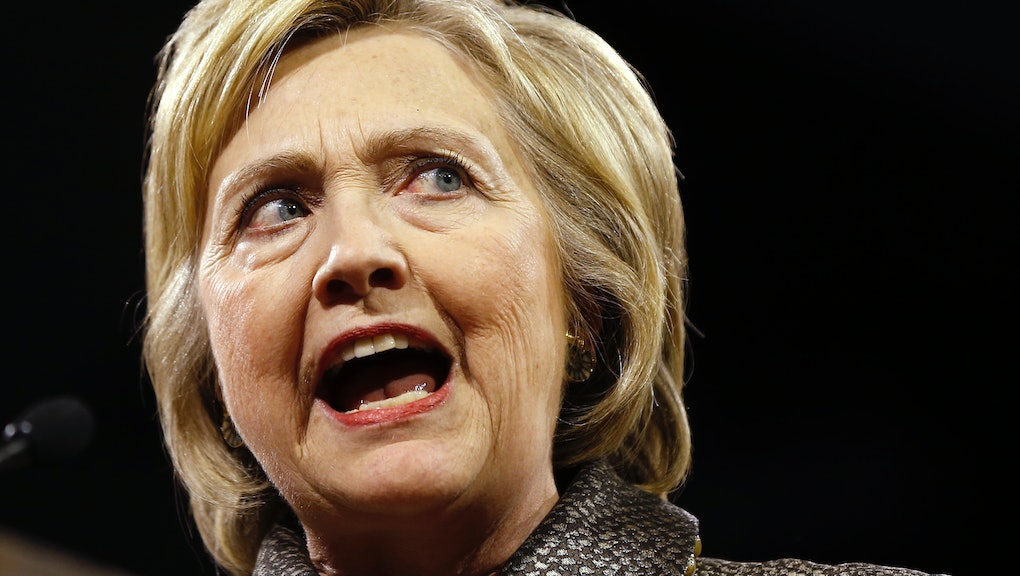 Attorney General Loretta Lynch has some disappointing news for Hillary Clinton foes and fans who hope her email drama will be resolved before the Democratic National Convention: The investigation has no deadline.

Lynch says setting a hard stop date for "a full, thorough and independent review" would hamper authorities' ability to do a good job.

"People have to have confidence that we treat every case the same, no matter whose last name is involved, no matter how much publicity it gets," Lynch said in an interview with Al Hunt on Charlie Rose, per Bloomberg News.

"We don't make predictions on the time because that essentially cuts off the independence of that and it cuts off the thoroughness."

Private affair: Clinton's use of a private email address and server while running the State Department has proven to have staying power as an issue through the presidential campaign — for both parties.

Clinton's Democratic primary rival, Bernie Sanders, famously told the former secretary of state during an October debate that the "American people are sick and tired of hearing about your damn emails."

Sanders conceded at the time that taking that stance may not have been "great politics," though his dismissal of the email issue drew an ovation from the debate audience.

But the Vermont senator's wife, Jane, revived the issue as recently as Thursday, saying in a Fox Business appearance that while Team Sanders doesn't want to politicize the investigation, "it would be nice if the FBI moved it along."

Her position was sure to please Sanders fans who are keeping the faith despite their candidate's waning chances of overcoming Clinton and winning the presidential nomination.

Republican pile-on: On the GOP side, frontrunner Donald Trump has pounded away on the email scandal. He started calling it a "criminal problem" for Clinton early in the cycle, and has maintained it could be her ultimate undoing — although he said this month he's not confident she'll be indicted.

Clinton has said she used the personal address as a matter of pure convenience. She turned over 55,000 pages of emails from her private account — some of which contained secret information — while deleting about the same amount.

While Clinton has painted herself as eager to cooperate with the investigation, the State Department's own inspector general has said her responses to Freedom of Information requests for the emails were sluggish and incomplete.

The upshot: For better or worse for Clinton and her opponents, Lynch has made clear this investigation is running on its own clock, independent of the approaching election.