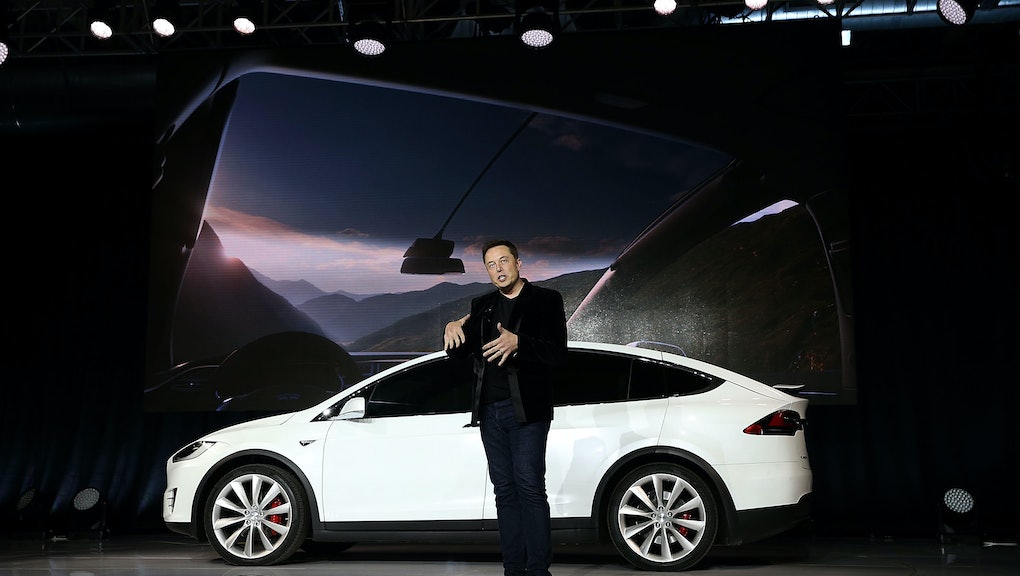 The day is coming where we'll all be driving electric cars. In a blog post, author Ramez Naam — who started the first AngelList cleantech syndicate — estimates that by 2030 electric vehicles with a 200 mile range will be less expensive than the cheapest gas fueled cars on the market in 2015.

Electric cars are expensive right now. The cheapest electric vehicle is the Smart Car Electric, which comes at a base price of $25,000. Meanwhile the most inexpensive gas-fueled car on the market costs about half that, according to About Autos.

In 2030 we'll all buy Teslas. To estimate how quickly electric vehicles will become affordable, Naam used Bloomberg New Energy Finance's estimate of 30% long-term growth for electric vehicles and a learning curve of 16%, according to his blog post. That learning figure is used to account for product advancement once a company learns how to make something more efficiently through trial and error. The resulting chart shows that electric vehicles with a 200 mile range will drop below $14,000 by 2030, when carmakers are selling roughly 60,000 of them annually.

Taking into account the low price of fueling electric vehicles, Naam concludes in his blog post that eventually electric cars will be the cheapest ride around.