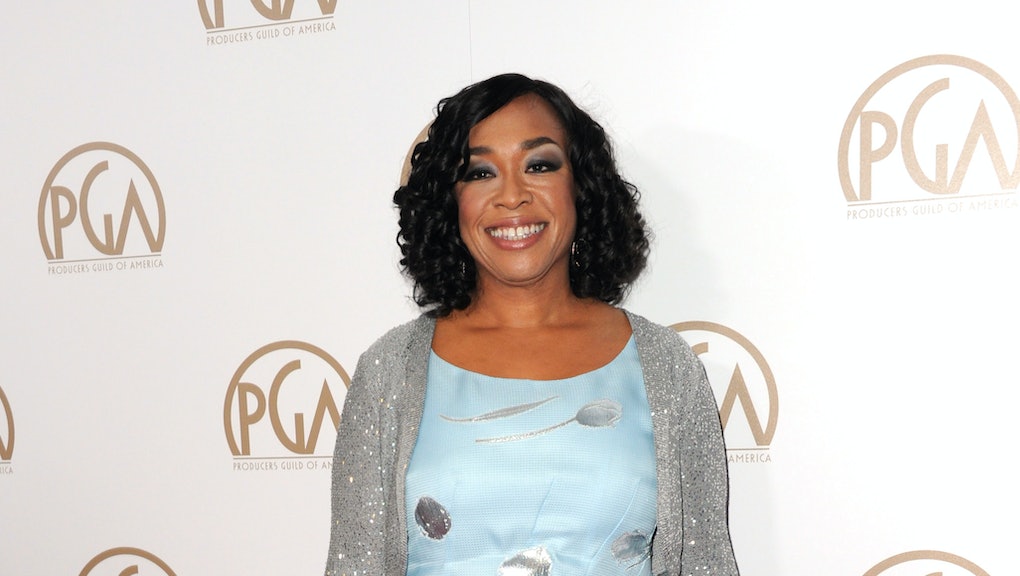 Media mogul Shonda Rhimes made it very clear via Twitter what she thinks of people who support anti-trans legislation — they're "dumbasses."

On Thursday, the queen and creative force behind ABC's Thursday night programming block slammed politicians who support legislation aimed at keeping transgender people out of the bathrooms they prefer. Rhimes' tweet is directed at politicians in states like North Carolina and Mississippi, where laws like HB2 require transgender people to use the bathroom that matches their gender assigned at birth rather than their gender identity.

Of the laws, Rhimes said:

Since the passage of HB2, calls to one North Carolina trans crisis hotline have nearly doubled. Using the restroom as a transgender person is fraught and fear-inducing enough without having to worry about what bathroom is on or off limits.

This is not Rhimes' first time speaking out for the LGBT community. In the past, she defended the portrayal of gay sex in How to Get Away With Murder.

When one Twitter user tweeted Rhimes and described the "gay scenes" on Scandal and How to Get Away With Murder as "too much" and saying they added "nothing to the plot," Rhimes had words for her:

Rhimes is now among the most high-profile people to speak out against the law, which has riled up activists, companies and celebrities both in and out of North Carolina.

Target announced that people can use the bathroom that matches their gender identity, while PayPal pulled business out of North Carolina. Even Bruce Springsteen thinks the law is bogus.

And activists have made their feelings on the law known as well. North Carolina's NAACP staged a series of sit-ins, one of which led to a trans woman using the women's restroom at the North Carolina governor's mansion and documenting it with a photo.

Hey, even dads are speaking out against the law. Or, in the words of Olivia Pope, "It's handled."