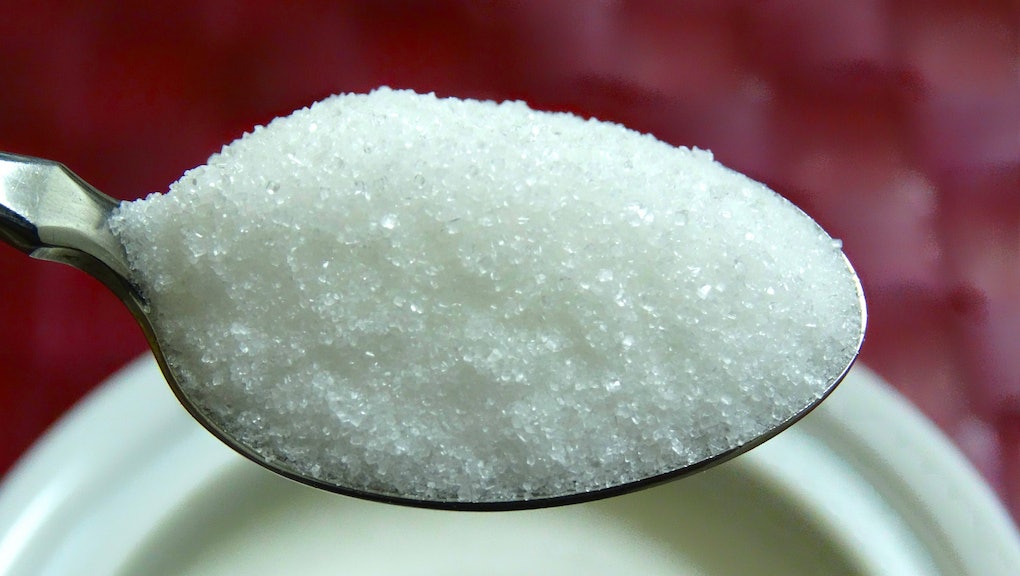 We know overindulging in sugar is bad for you. Studies have linked the overconsumption of fructose to diseases like Alzheimer's, cardiovascular disease and diabetes. The good news? New research from UCLA suggests that eating foods high in omega-3 fatty acids such as wild salmon can help combat and even reverse the damage caused by eating all that sugar.

According to a press release from UCLA, "Americans get most of their fructose in foods that are sweetened with high-fructose corn syrup, an inexpensive liquid sweetener made from corn starch, and from sweetened drinks, syrups, honey and desserts." But the habitual consumption of these high fructose corn syrups can damage your genes, resulting in degenerative diseases.

Xia Yang, one the senior authors of the study, said in the release that omega-3 fatty acids called docosahexaenoic acid, or DHA, remarkably reverses the damage caused by fructose, seeming "to push the entire gene pattern back to normal."

To test their theory, the researchers trained a bunch of rats to escape a maze before dividing them into three variable groups: The first group drank water containing "an amount of fructose that would be roughly equivalent to a person drinking a liter of soda per day," according to the release; the second group of rats were given fructose-sweetened water but also fed a diet high in DHA-foods; and the last group was given regular water and no supplementary DHA.

After six weeks of conditioning, the rats were retested on their ability to escape a maze. The data showed that the rats in the first group had "navigated the maze about half as fast than the rats [in the last group] that drank only water — indicating that the fructose diet had impaired their memory," the release states. However, rats in the second group were able to navigate the maze comparably to the last group, "which strongly suggests that the DHA eliminated fructose's harmful effects."

Fernando Gomez-Pinilla, another co-author of the study and member of UCLA's Brain Injury Research Center, noted that DHA "has to come through our diet," according to the release. In addition to wild salmon, DHA can be found in fish oils, flax seeds and walnuts.

Which is to say: If you've got a persistent sweet-tooth, chase your sugar with some DHA.