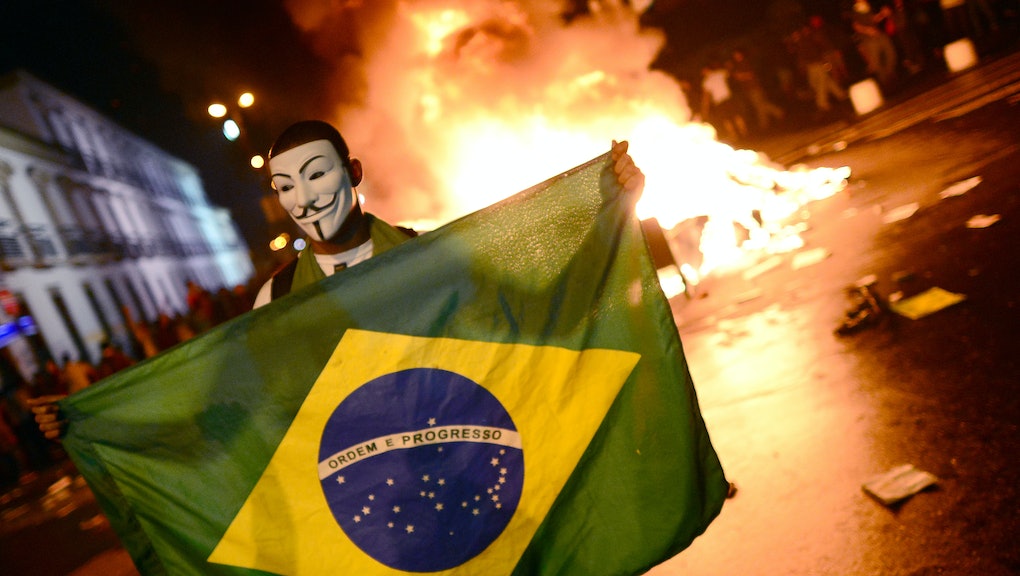 If all you've seen is TV and movies, you probably think hacking a site, rooting a server or bringing down a URL looks like pink-haired hackers jacking into systems in order to crack their way into complex "mainframes" — a patently ridiculous portrayal of a relatively boring activity.

But now, Anonymous is giving us a taste of the real thing.

Ghost Squad Hackers, the faction of Anonymous that keeps taking down a major KKK website, leaked a video of the group taking down a series of Brazilian websites. The video is 10 minutes long and pretty repetitive, but it accurately shows what it looks like to use a simple tool to overload a site with fake traffic.

The system of choice for the Brazil attack is Saphyra, a DDoS tool that Ghost Squad Hackers and affiliated groups used earlier this month to take down a NASA subdomain.

As you can see below, using the tool is as simple as plugging in the name of the relevant website, and letting an invisible botnet of hijacked computers do the work for you.

Ghost Squad Hackers hasn't said exactly why it's been targeting this collection of Brazilian sites, except to say that it was attacking an internet censorship "hitlist."

The recent news that the Brazilian lower house of Congress is getting ready to vote on a cybersecurity bill — which activists claim is a threat to free speech on the internet — is the most likely provocation. The vote is now set for Tuesday.