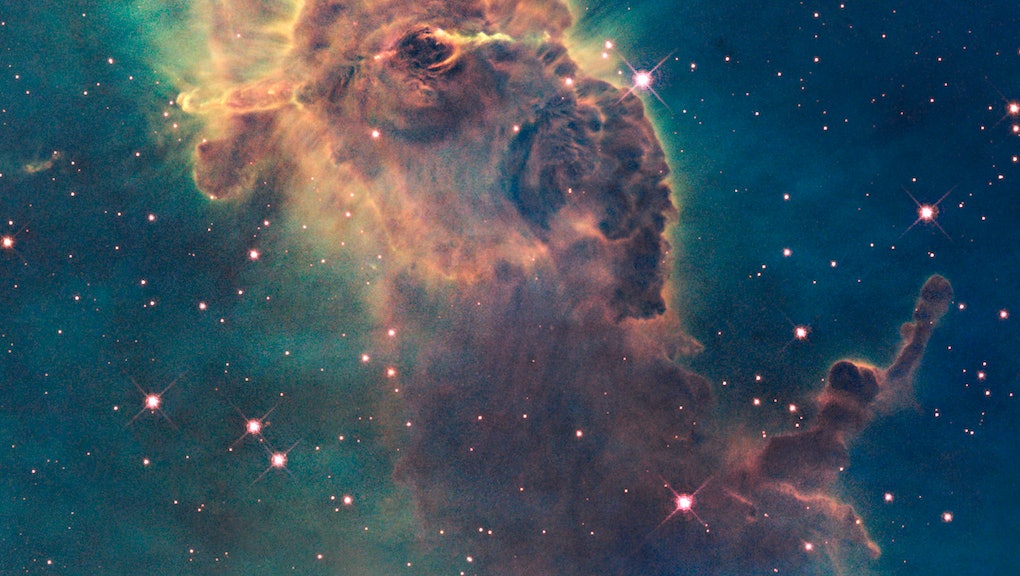 Scientists Just Discovered a Black Hole 3.8 Billion Times the Mass of Our Sun

The most interesting Star Wars aren't the ones J.J. Abrams is cashing in on.

A recently discovered three-galaxy collision has produced a supermassive black hole, which boasts a mass 3.8 billion times that of our own Sun.

Scientists manning the Australian Square Kilometre Array Pathfinder telescope were conducting routine measurements of the galaxy known as IRAS 20100–4156 when they realized that gas was traveling twice as fast as they would have anticipated.

The speed of the movement was a big tip-off that a black hole might be forming — and that it might be larger than anything seen in our own galaxy.

The supermassive black hole, located approximately 1.8 billion light-years away from Earth, seems to have formed as a result of a starburst created by the collision of three individual spiral galaxies.

Spiral galaxies have a center stuffed with stars, with a floating disc of stars, gas and dust formed around it. Scientists believe that a black hole may form at the center of every galaxy, and when three spiral galaxies collide, their centers all converge to form one gigantic black hole.

The radio waves generated by the gas at the center of the galaxy gets pulled by the gravity of the black hole. This causes radio waves to be emitted, which scientists' telescopes are able to detect and analyze in order to observe the size and existence of such formations.

Measuring the size and formation patterns of black holes could eventually help scientists to understand more about how galaxies have formed throughout the history of time.