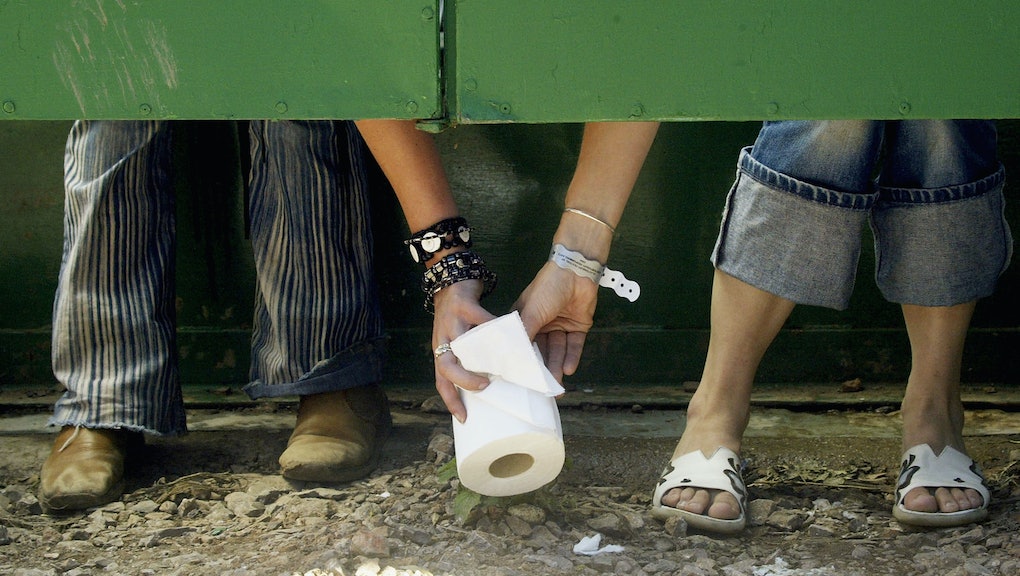 Eliminating waste is one of the most basic biological functions of our bodies — but, if you live in the developed world, you may be doing it wrong. That's right, it's possible to poop wrong.

According to Daniel Lametti, who examined the best position for pooping in a piece for Slate in 2010, "bathroom posture" can actually have a big effect on your health.

Our bodies hold in feces with the help of a bend between our rectums and anuses. When we stand, the bend is at a 90-degree angle, which helps keep everything, um, inside. But when we squat, Lametti wrote, "the bend straightens out, like a kink ringed out of a garden hose, and defecation becomes easier."

Read more: Your Birth Month May Predict the Kind of Allergies That Will Ruin Your Life Each Spring

Theoretically, that means that the closer you are to a squatting position, the easier it should be to poop. A 2003 study seemed to argue this is, indeed, the case; the participants who pooped in a squatting position needed less time and less straining to achieve a "sensation of satisfactory bowel emptying" compared to their toilet-sitting counterparts.

Squatting actually makes a lot of sense: Before the invention of the modern flush toilet in 1596, Lametti wrote, squatting may have been the go-to pooping position. And in many places, squat toilets are still prevalent.

Squatting should relieve the need to strain, meaning it can help prevent conditions like hemorrhoids, or swollen veins in the rectum, symptoms of which occur in "about half of adults" by age 50, according to the Mayo Clinic.

People who live in places where most toilets are designed for sitting have to come up with some inventive ways to get themselves into the ideal squatting position. Some, Lametti wrote, perch on top of their regular toilet, while some buy squat-friendly toilet accessories, like the Squatty Potty, a stool that allows poopers to sit in a squatting position on a regular toilet.

Squatty Potty founder Robert Edwards got the idea for the invention when he heard his mother, who had hemorrhoids, was taking a step stool to the bathroom with her so she could put her feet up, NPR reported in 2012.

"The modern toilet has been sold to us as civilized," Edwards told NPR, "but the straining that sitting causes is not healthy."