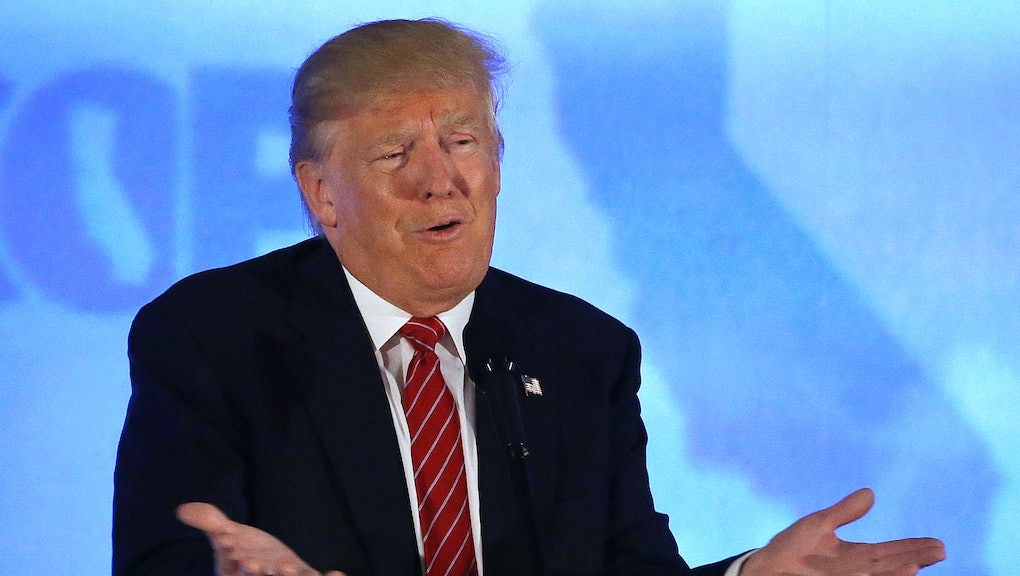 Republican presidential front-runner and real estate billionaire Donald Trump has spent much of the last week fighting with Democratic candidate Hillary Clinton over whether she's playing the "woman card," capping off a campaign season marked by crude period jokes and plummeting female opinions of Trump.

Now, one woman wants to hit Trump where it hurts — his perennially pubescent mind.

Twitter user @heysoulclassicz, who the Daily Dot identified as 24-year-old Los Angeles resident Lindsey Toiaivao, has been tweeting the details of her period directly at Trump in an effort to discomfort the infamously squeamish candidate.

Toiaivao even put her own spin on some common conservative buzzwords.

She added it would be nice if women could talk about their own "experience in your body" without receiving looks of horror from others.

"Likely, some misogynistic social media intern at the Trump campaign has browsed those tweets and cringed," Toiaivao told the Daily Dot. "And the thought of that eases my cramps considerably."

Toiaivao joins the ranks of many Twitter users who have targeted Trump with detail-filled anecdotes about periods.

Trump's uneasiness with the female reproductive system extends to a number of other bodily functions. For example, it recently emerged that he does not change his children's diapers, leaving the dirty deed entirely to his wives.

After five knockout victories in primary contests in Pennsylvania, Connecticut, Maryland, Delaware and Rhode Island this week, the period-averse candidate seems all but unstoppable in his quest to win the Republican nomination.