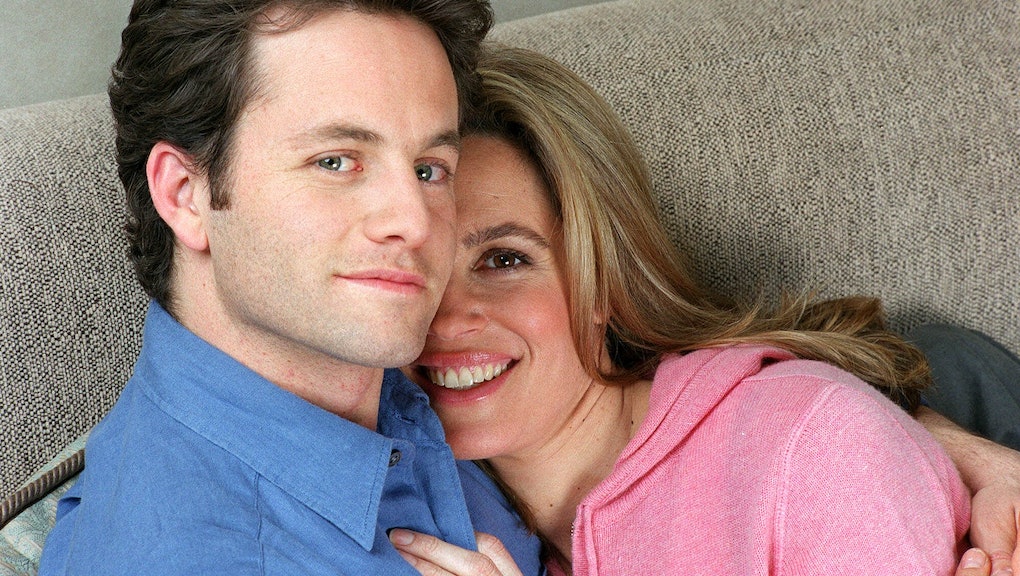 Kirk Cameron, the ever-outspoken evangelical Christian, is making it clear where he thinks a woman's place is: right behind wherever her husband is. In a recent interview with ChristianPost, the former star of the ABC hit show Growing Pains said marriages comes with guidelines essentially forcing women to remain obedient and loyal to their male counterpart.

"A lot of people don't know that marriage comes with instructions, and we find them right there in God's word," Cameron told the publication. Those rules, according to Cameron, include never providing their husband's counsel on how to be better men.

"Wives are to honor and respect and follow their husband's lead, not to tell their husband how he ought to be a better husband," he continued. "Wives, submit yourselves to your husbands, as is fitting in the Lord. Husbands, love your wives and do not be harsh with them."

Since his stint in the Hollywood limelight, Cameron has toured the country speaking at churches throughout, preaching similar sentiments of female obedience in marriage, as well as honoring "their husband's lead." He also asserted during the interview it doesn't necessarily matter how a husband treats their wife, as long as they're doing "their part right."

"When each person gets their part right, regardless of how their spouse is treating them, there is hope for real change in their marriage," he said. So, what would Cameron's advice be to the 3 to 4 million women in the U.S. each year who are beaten by a husband, ex or intimate partner?

Of course, nobody was having Cameron's outdated marital values online:

Also, why do we really care what a former child star thinks about marriage anyway?