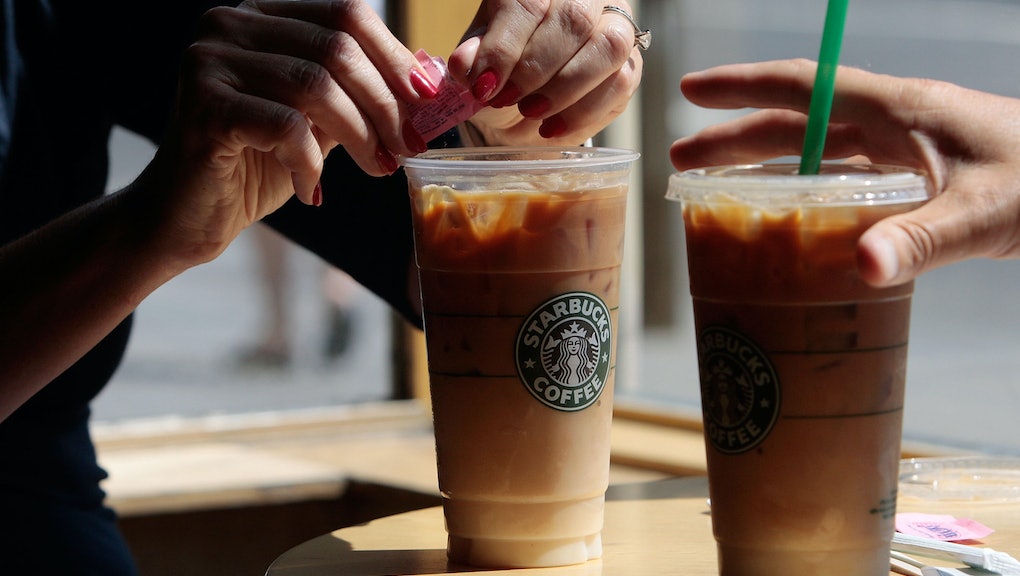 Stacy Pincus, who filed a class action lawsuit against Starbucks Corp. after realizing the coffee chain typically fills iced coffee cups to the brim with ice before pouring any actual drink, is really all of us. As the lead plaintiff in a 29-page complaint filed at a Northern Illinois federal court against the global corporation, Pincus is suing for $5 million and claiming Starbucks wrongfully advertises inflated serving sizes of their drinks while consumers only receive just over half the amount of beverage said to be in a cup of iced coffee.

"A Starbucks customer who orders a Venti cold drink receives only 14 fluid ounces of that drink — just over half the advertised amount, and just over half the amount for which they are paying," the class-action lawsuit obtained by Courthouse News Service stated.

"In essence, Starbucks is advertising the size of its cold drink cups on its menu, rather than the amount of fluid a customer will receive when they purchase a cold drink — and deceiving its customers in the process."

According to Courthouse news, Pincus is accusing Starbucks of "breach of express warranty, breach of implied warrant of merchantability, negligent misrepresentation, unjust enrichment and fraud."

As much of a first world problem as this might sound, it isn't the first time consumers have joined together to sue Starbucks for having a weak serving hand. Back in March, a class action lawsuit was filed against the chain, claiming it serves lattes that are 25% smaller than advertised.

Read more: A Starbucks Barista Wrote a Savage Message on a Customer's Cup