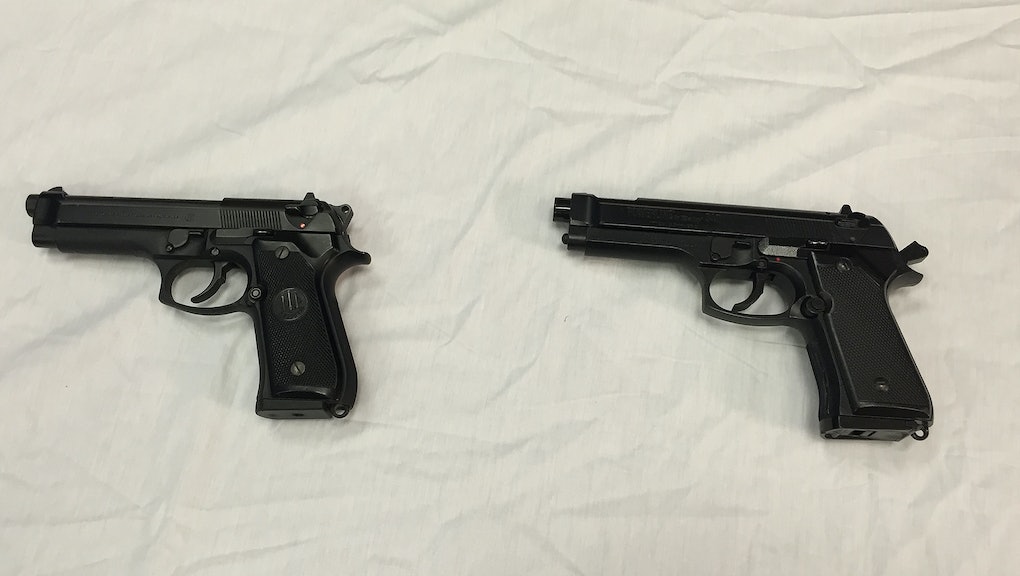 In 2016, Toddlers Have Shot More People in the US Than Muslim Terrorists Have

Donald Trump has made a big deal out of barring Muslims from entering the United States on the basis that some might be terrorists sneaking in to stage attacks. But the real front line in protecting Americans' safety may be much closer to home.

According to the Washington Post, our nation's nurseries are housing more than just unbearable levels of cuteness: Twenty-three people have been shot by toddlers in the U.S. since the start of 2016 — exactly 23 more than have been shot by Muslim terrorists over the same period.

Read more: 23 Reasons Why We Definitely Don't Need Any Gun Safety Reforms Ever

Scary: Yet the threat posed by America's gun-toting 3-and-unders hasn't drawn nearly the same backlash as that against Muslims — begging the question of why our leaders are ignoring what, from a statistical standpoint, has proven the much bigger danger to our survival this year.

So far, no one has called for a "temporary ban" on babies leaving the hospitals in which they were born. No pundit or law enforcement official has advocated a more aggressive vetting process for toddlers passing through America's airports, or OK'ed a multimillion-dollar police surveillance campaign to monitor places toddlers are known to frequent.

This is clearly to our detriment as a nation: Eleven of the toddler shooting cases in 2016 have been fatal, nine of which involved the toddler getting hold of a handgun and shooting him or herself, according to the report.

But it's unclear what environmental factors are responsible for these tragedies, making it difficult to identify a concrete solution. The Post reports that Georgia and Missouri — where the largest number of toddler shootings have occurred since 2015 — have pretty lax laws governing how guns are stored to keep them away from kids.

On the other hand, New York state has no such laws at all, and has far fewer shootings of this sort.

Mic recently suggested that more "gun-friendly" states — including Missouri, Georgia, Florida and Texas — saw higher rates of toddler-related gun violence because guns are more readily available there. This is far from a definitive answer, but regardless, the threat appears to be growing: Over the same four-month period last year, only 18 people were shot by toddlers in the U.S.

Then there's the other problem: Muslims in America haven't been afforded nearly the same benefit of the doubt as their diaper-wearing counterparts.

Since 9/11, a spike in hate crimes against Muslims and Sikhs — who are often mistaken for Muslims — has accompanied a series of administrative and law enforcement practices that criminalize them. This includes the NYPD's disgraced Demographics Unit, which dedicated years of resources to surveilling Muslim neighborhoods in the tr-state area only to fail at uncovering a single piece of actionable intelligence.

Despite Muslim terrorists having killed nobody in the U.S. in 2016, Muslims across the country are routinely made to suffer due to Islamophobic perceptions. There are now at least six documented incidents of Muslims being removed from commercial airline flights since November because their fellow passengers felt threatened by them — including an Iraqi refugee who got kicked off a Southwest Airlines flight in April because a woman heard him speaking Arabic on the phone and got scared.

If anything good should come of this, it's the lesson we can learn from how we've responded to the toddler shooting crisis compared to how we've treated Muslims: Don't criminalize an entire demographic based on the actions of a small few.

But also, keep an eye on your damn kids.