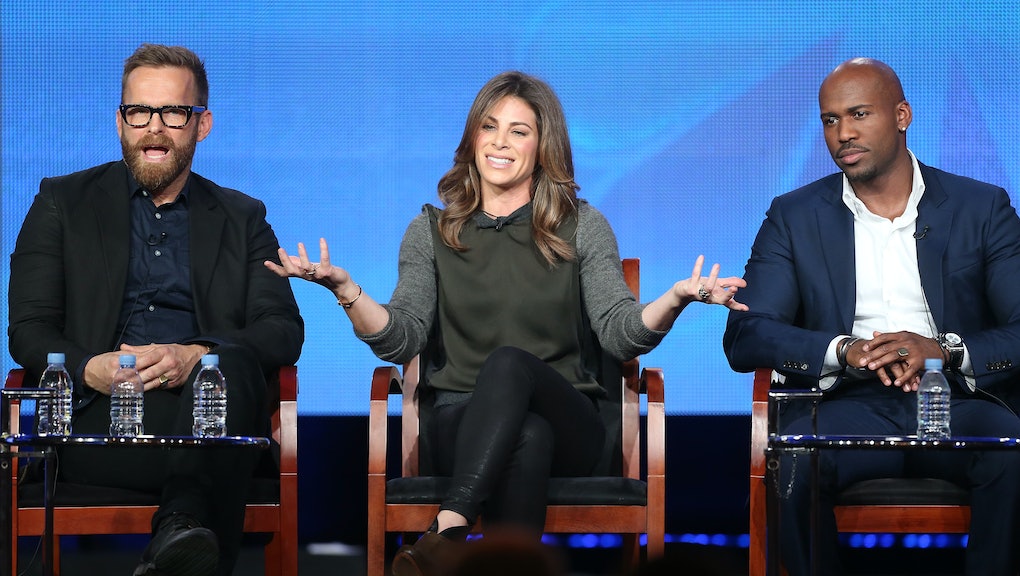 Why Do So Many 'Biggest Loser' Contestants Struggle to Keep the Weight Off?

The toughest part of competing on The Biggest Loser may not be exercising for eight hours straight or having Jillian Michaels force you into a coffin.

It may very well be keeping the weight off after filming ends.

Ali Vincent, the show's first female winner, recently made headlines for announcing she's regained most of the weight she lost on the show. Danny Cahill, who won season eight, has reportedly gained back around 100 of the 239 pounds he lost. Suzanne Mendonca of season two alleged there had never been a Biggest Loser reunion "because we're all fat again!"

It's not just Biggest Loser contestants who struggle to keep their weight down. An estimated 80% of people who've lost weight gain all of it back, or more, in two years, according to NBC News.

A new breakthrough could help explain why. In a study published in the journal Obesity, researchers ran tests on 14 of the 16 contestants from season eight of The Biggest Loser, six years after they appeared on the show. Most had regained the weight they lost, and some were even heavier than when they began, the New York Times reported.

The reason? Their metabolisms lowered while dieting and exercising on the show. But in the years that followed, they never bounced back.

"It is frightening and amazing," said researcher Dr. Kevin Hall, a metabolism expert at the National Institute of Diabetes and Digestive and Kidney Diseases, according to the Times. "I am just blown away."

It's no secret that diets and exercise lower our metabolism. When we lose weight, our bodies think we're in danger of starvation — so they hold on tighter to our energy stores, and make it harder for us to burn calories. A person who drops from 350 to 250 pounds will likely have to work harder to maintain his weight than a person who's been 250 pounds his entire adult life.

"The body sees weight loss as an illness," Dr. Holly Lofton, an assistant professor of medicine and director of medical weight management program at NYU Langone Medical Center, who was not involved in the study, explained in a phone call Monday. "The body has mechanisms designed to avoid it happening again."

Those mechanisms don't let up, the researchers found. Six years after the contestants lost major amounts of weight, their resting metabolisms were still low: "It was as if their bodies were intensifying their effort to pull the contestants back to their original weight," the Times reported.

Cahill, the season's victor, was found to be burning "800 fewer calories a day than would be expected for a man his size." Sean Algaier — who now weighs more than he did at the start of the show — is burning 458 fewer calories than expected.

"All my friends were drinking beer and not gaining massive amounts of weight," Cahill said, according to the Times. "The moment I started drinking beer, there goes another 20 pounds. I said, 'This is not right. Something is wrong with my body.'"

That frustration is common. "When people are regaining weight, I see a lot of guilt, remorse and shame," Lofton said. "Even when I tell patients, 'It's not you — your body's going through changes to make you regain the weight.'" About 50% of the time, Lofton puts her patients on medication to help overcome those changes.

But weight regain isn't unavoidable, J.D. Roth, producer and co-creator of The Biggest Loser and author of The Big Fat Truth, insisted.

Roth doesn't dispute the findings, but he fears they may deter people from pursuing whatever weight-loss goals they may have. A lower metabolism is something you can overcome — not an inescapable "life sentence," Roth said in a phone call Monday. "It's a terrible message to put out there."

Got a lower metabolism and struggling to keep the weight off? Roth said you should "quit complaining and go do something about it," like an extra spin class — advice more easily heeded, no doubt, by folks with the time and money for regular SoulCycle sessions.

"If you have to do an extra spin class and you're not allowed to have the same frappuccino your friends have, boo hoo," Roth said. "I don't have the same sympathy."

Metabolism aside, there are emotional and mental components to weight loss, too, Roth said. Take Cahill: The season eight winner was a motivational speaker for four years after appearing on the show, according to the Times. It was only when he returned to his old job, as a surveyor, that he began to gain weight again.

"No one finds it a coincidence that ... the second he started going back to being a surveyor was the moment he put the weight back on?" Roth said. "It's the emotional and mental component of this that no one is dealing with."