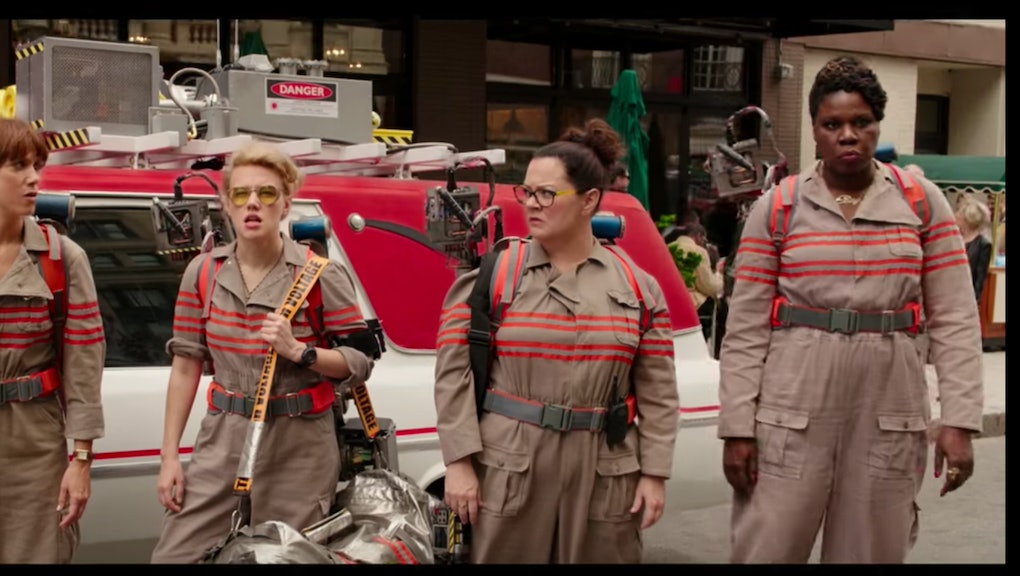 'Ghostbusters' Is the Most Disliked Trailer on YouTube, Proving Misogyny Wins in Droves

The reboot of the beloved '80s comedy Ghostbusters has received a lot of attention since the first trailer debuted in March, but sadly, it hasn't been all that positive from viewers. It's been so negative, in fact, it now holds the unfortunate title of being the most disliked movie trailer on YouTube, and the only trailer among YouTube's top 100 disliked videos.

With 618,000 dislikes and counting, there has to be a consensus thought among the ardent YouTube community. Perhaps it doesn't show enough action, or some of the gags didn't pack the comedic punch expected of a Paul Feig-directed comedy. While some might believe this, the reality behind the majority of the backlash is directed towards the film's all-female cast — and the criticisms of it are awash in misogyny.

Certainly, there's no guarantee the upcoming Ghostbusters will live up to the original — it's not like reboots have a strong history of success. Still, condemning it simply because it features a female cast, rather than a male one, is an unjustified and ignorant response.

We'll have to wait until the critics get a hold of the film prior to its July 15 release to see how it fares. Hopefully, this campaign of YouTube dislikes won't have an affect on critics and fans alike from judging the film's comedic merits objectively.

Read more: The Misogynistic Backlash to the New Ghostbusters Cast Proves Why We Still Need It