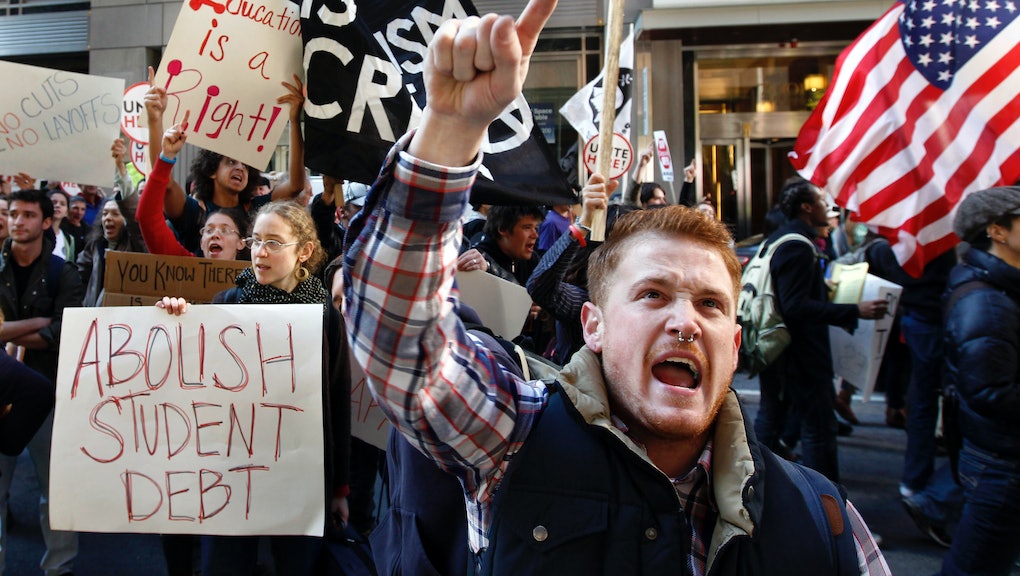 Six months after Keegan Brennen graduated from New Hampshire's Institute of Art, he had a brain aneurysm and died, at the age of 22. In the midst of their grieving, Brennen's family went through the arduous process of applying for student loan debt forgiveness.

Brennen's $78,000 in student loan debt was forgiven after his parents filed a request, the Portland Press Herald, a Maine publication, reported. It was hardly the end of the grieving family's debt troubles, however: A catch in federal policy considers forgiven student loans taxable income.

This means the Brennens owed more than $27,000 to the Internal Revenue Service and more than $6,300 to the state of Maine in taxes.

Sen. Angus King, from Maine, caught wind of the family's situation and has since issued a proposal that would get rid of the policy, the Press Herald reported.

"It makes no sense from the point of view of policy," King said on the floor of the Senate, according to the Press Herald. "It is just the opposite of compassion. It is literally adding insult, in this case, to tragic injury."

Federal law provides private lenders and the United States Department of Education alike the ability to forgive student loan debts for borrowers who become "totally and permanently disabled," according to the Press Herald. The IRS can legally consider those loans taxable income after they've been forgiven or, in this case, even if someone has passed away.

The bill hasn't been introduced into law as of yet, and so the Brennens we forced to negotiate a long-term payback plan with the federal government requiring them to pay nearly $400 a month, the Press Herald reported.

Even in death, the government is still finding ways to fleece students for seeking an education.